HOW PATHETIC!!! Guitarist On Place de la Republique Was Strumming Through The Final Chords Of Supertramp’s Goodbye Stranger When Stampede Started!!! 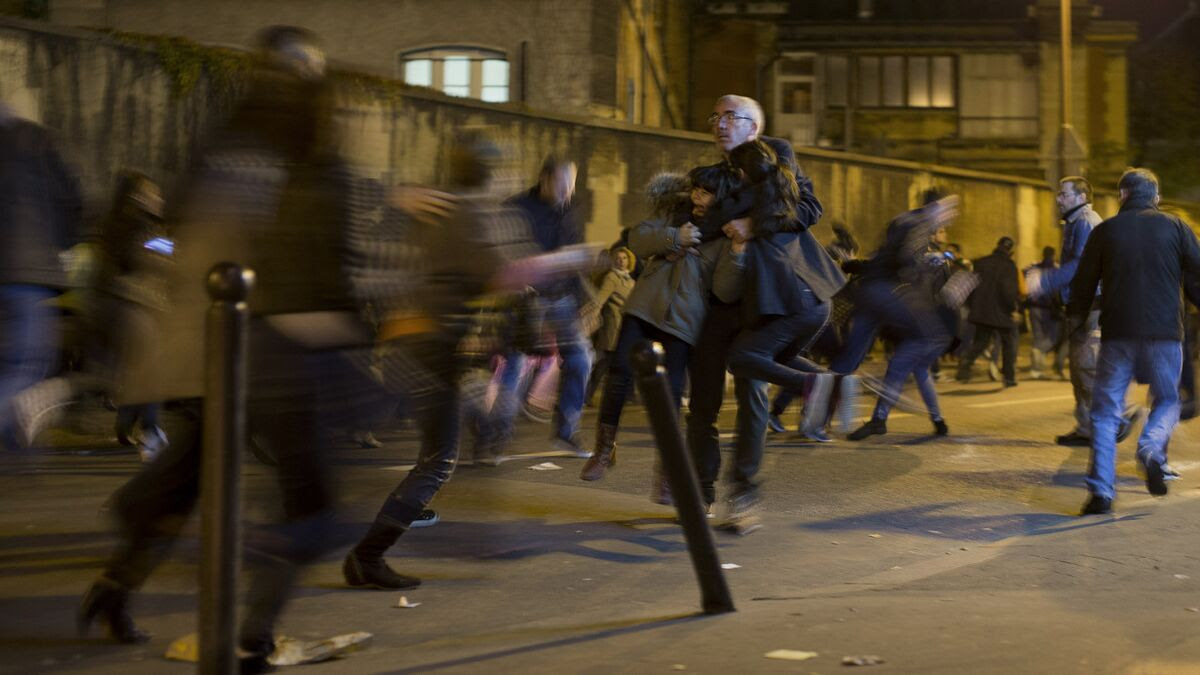 Paris on Edge as Stampede at Republique Spreads Unfounded Panic

The guitarist on Place de la Republique was strumming through the final chords of Supertramp’s Goodbye Stranger when the stampede started late Sunday. Hundreds, if not thousands, of people had gathered on the square in the east of Paris in a show of solidarity and defiance following Friday’s terrorist attacks that claimed the lives of at least 132 people. They broke into spontaneous renditions of La Marseillaise and chants of ‘Liberte’ -- freedom -- just as they had after the January attack on Charlie Hebdo. All it took to shatter that fragile atmosphere was a few firecrackers. The panic spread from the north-west corner of the square a little before 7 p.m. No-one knew what had happened but they weren’t going to think twice: everyone ran. Some yelled for the throng to slow down as the horde risked becoming a crush and they feared that some might be trampled underfoot. Bloomberg Read More>>>>>>>