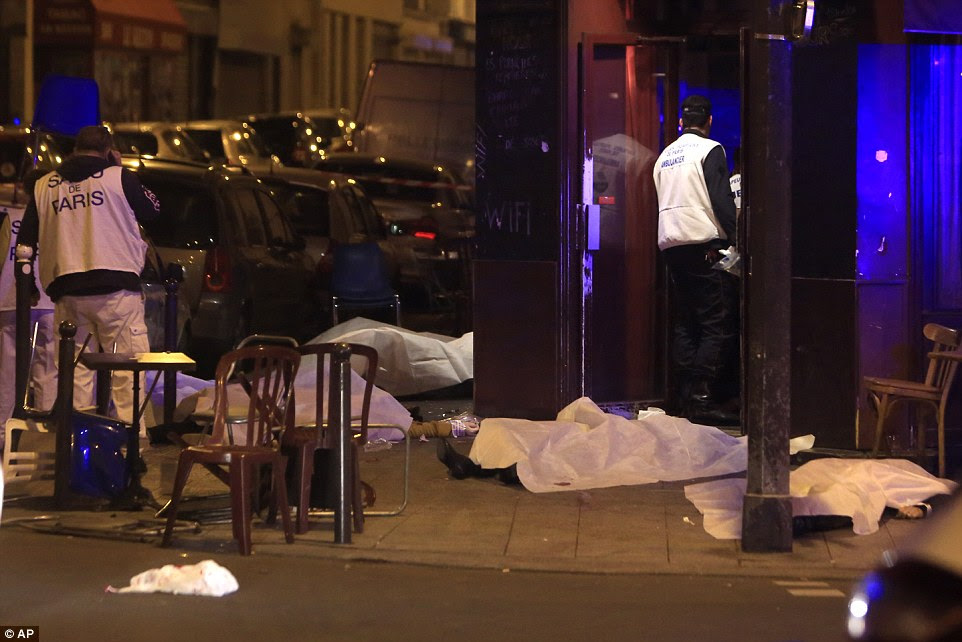 More than 140 dead in series of terror attacks: 100 are killed after hostages are taken at theatre. Kalashnikov-wielding gunman opens fire in restaurant. Two SUICIDE bombs detonate near the Stade de France. Gunfire at shopping centre

A series of coordinated terror attacks in the heart of Paris have left as many as 142 dead and paralysed the French capital with fear. French police arrested one man who claimed to have been recruited by ISIS alongside three other extremists, it has been reported. Around 112 were massacred at the Bataclan concert hall alone, where terrorists were holding around 100 people hostage, and another 11 at a restaurant shootout yesterday evening. Police raided the theatre at around midnight, killed the three terrorists inside and freed the remaining hostages. Just five miles away, two suicide bombers blew themselves up outside the Stade de France sports stadium where the French football team was playing a friendly match against Germany. French President Francoise Hollande declared a national state of emergency following what he called 'unprecedented terror attacks', shut its borders and deployed 1,500 extra troops to the capital.  Daily Mail Read More>>>>>>>