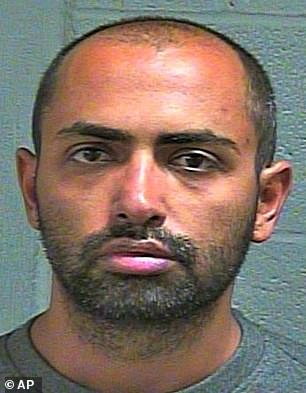 A man who was spotted taking unusual photos of a memorial to Oklahoma City bombing victims and who warned his sister in Iran that hundreds more people would die has been arrested on a complaint of threatening to kill with explosives. Amiremad Nayebyazdi, 32, was being held Tuesday in Oklahoma County jail without bail, according to records. A court affidavit said police received a tip Thursday from a longtime friend of Nayebyazdi living in California that the suspect had left a phone message for his sister in Iran saying 'hundreds are going to die in Oklahoma City.' Source