Delaware Distributism: Ann Barnhardt And Three Men Playing Loud Music In A Van Down By The River...... 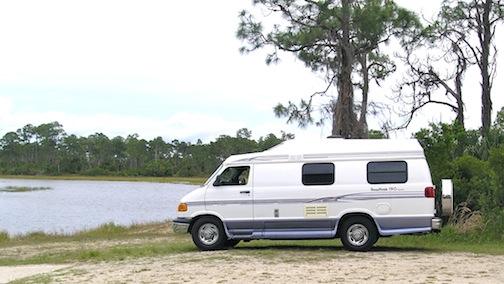 WILMINGTON, Del. (CBS/AP) — After police in Delaware and New Jersey received complaints about mysterious music from towns located along the Delaware River, one New Jersey chief set out to find the source himself. As in October, The News Journal reports the heavy bass was heard Dec. 24 in some New Jersey towns. A flood of 911 callers were told it was out of jurisdiction, so Penns Grove Police Chief John Stranahan drove over to Wilmington himself. Every few blocks, he got out of the car and listened. His ears finally led him to a skatepark at the confluence of the Christiana River and Brandywine Creek, where he found four men and a van with a massive sound system. Stranahan says the men fled, but he just wanted to let them know the music was disturbing people. During the month of October, police in Pennsville, New Jersey and nearby towns received nearly 60 complaints. Source