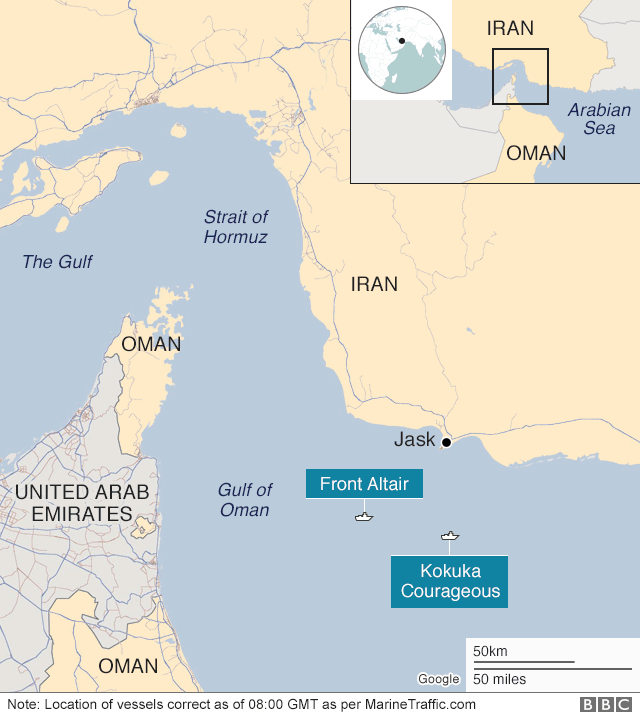 Gulf of Oman tanker attacks: US blames Iran for explosions

US Secretary of State Mike Pompeo has blamed Iran for "unprovoked attacks" on two oil tankers in the Gulf of Oman. He said the US had made its assessment based on intelligence about the type of weapons used. A senior Iranian official earlier told the BBC "Iran has no connection" with the explosions on Thursday morning. Dozens of crew members were rescued after the blasts on the Japanese-owned Kokuka Courageous and the Front Altair, owned by Norway. Both Iran and the US said they evacuated the crew. The blasts in one of the world's busiest oil routes comes a month after four oil tankers were attacked off the United Arab Emirates. No group or country has admitted the incident in May, which also caused no casualties. The US at the time blamed Iran - but Tehran denied the accusations. Source