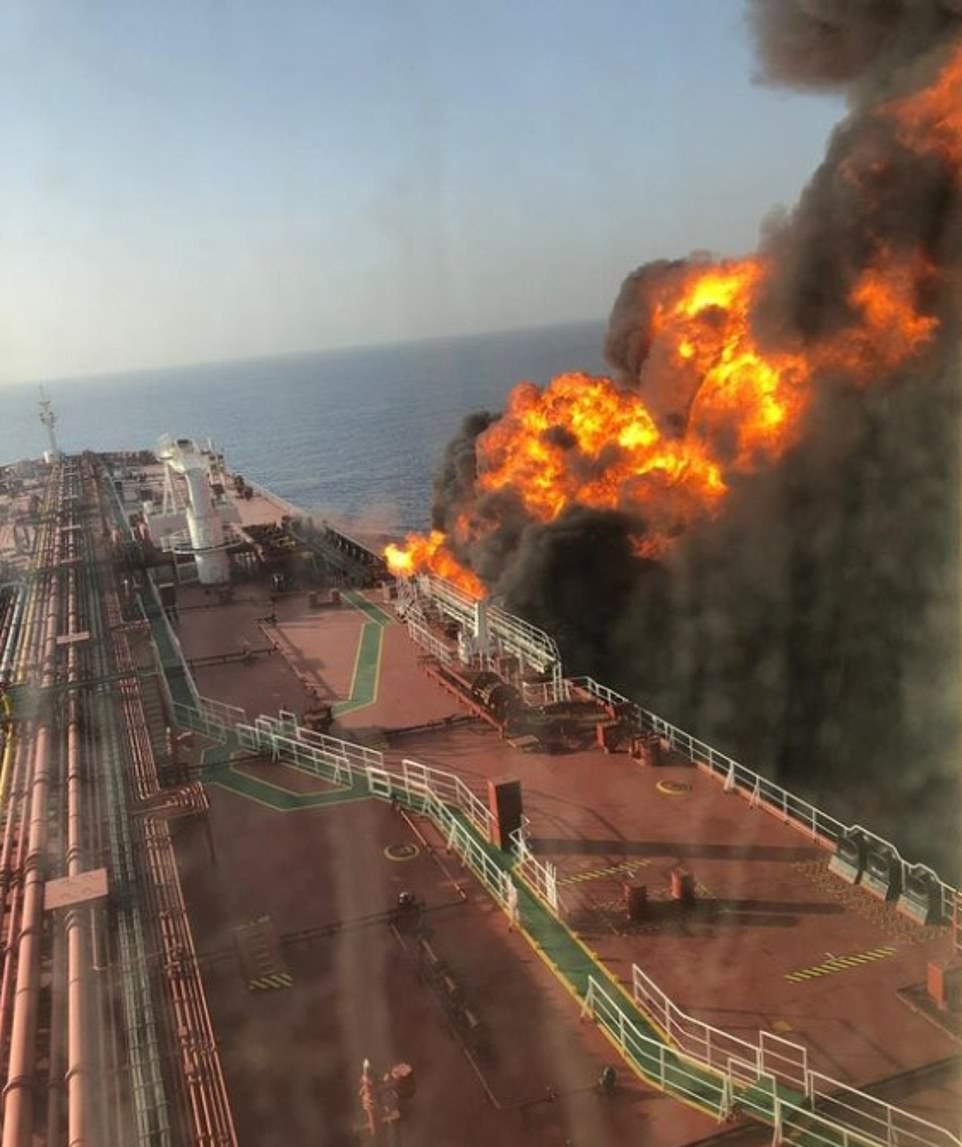 Inferno in the Gulf: Explosions rock two oil tankers off Iran after 'torpedo' attack forces both vessels to be evacuated during Japanese PM's visit to Tehran to discuss Middle East peace

Dramatic pictures have revealed the fireball which erupted on an oil tanker after it was hit by an explosion in the Gulf of Oman today. The MT Front Altair was one of two ships hit in a pair of blasts which have left the Middle East on high alert. The tanker suffered three explosions and caught fire after a suspected torpedo attack, although its Norwegian owner has denied Iranian claims that the vessel has sunk. The Altair and the other ship, the Japanese-owned Kokuka Courageous, were evacuated after sending distress signals - picked up by the U.S. Navy's Fifth Fleet - with 44 sailors rescued. Britain has urged 'extreme caution' amid high tensions in the Middle East, weeks after Saudi tankers were attacked in a mysterious act of sabotage off the UAE coast which Washington believes was the work of Iran. Tehran has said it is 'suspicious' about the timing of the explosions, which came as Japanese leader Shinzo Abe met Iran's Supreme Leader today in an effort to defuse the crisis. Meanwhile, Russia warned against hastily blaming Iran for the attacks. Tokyo also revealed that the two tankers had been carrying 'Japan-related cargo'. Mr Abe had warned yesterday that the tense Middle East standoff, which has seen furious exchanges between America and Iran, could lead to an 'accidental' war. Source 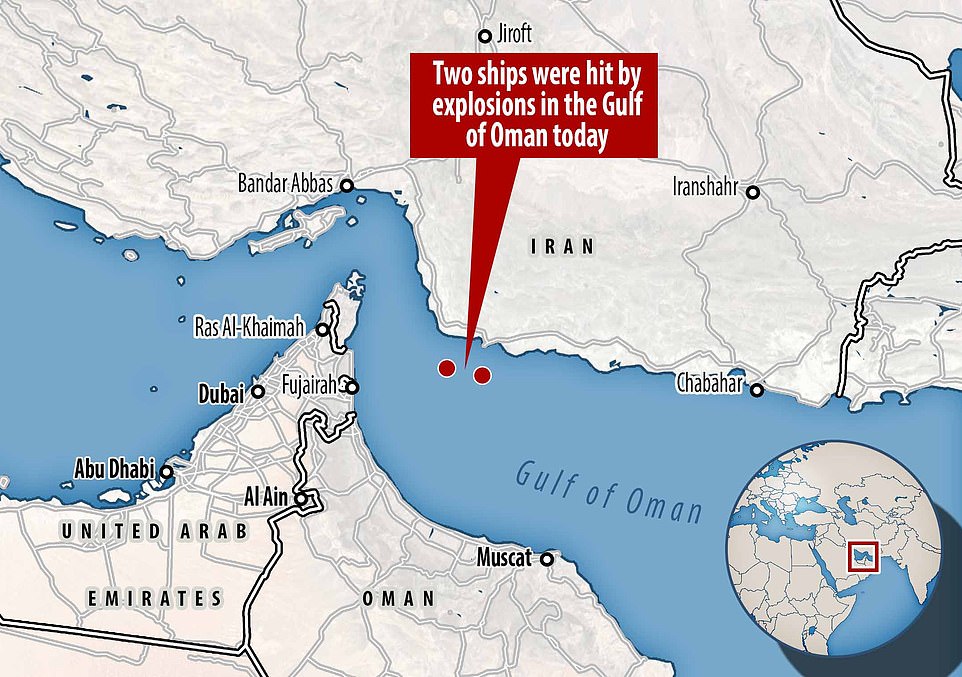