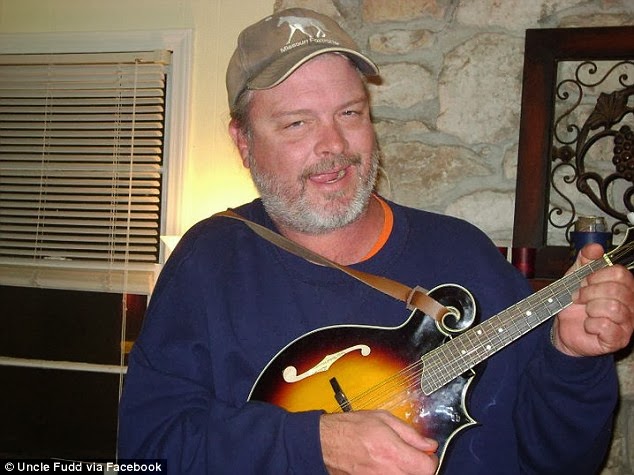 
Yup! A Distributist if ever there was one - you know just like Obama is a Roman Emperor etc.... 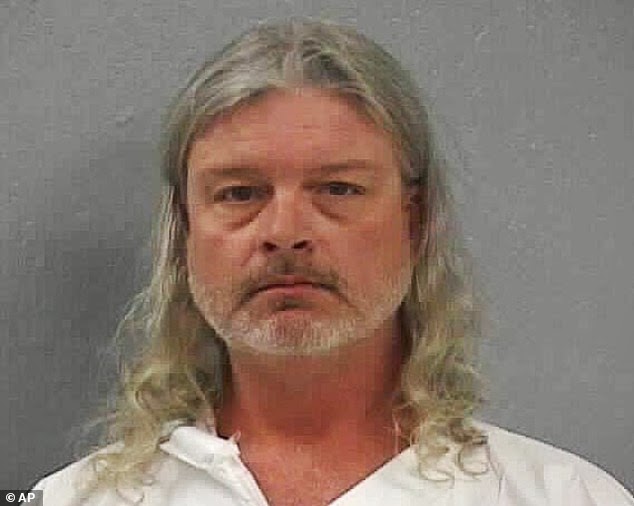 A police search of the southwest Missouri home of a middle-school football coach accused in a 10-year-old girl's kidnapping and death found child pornography and more than a dozen guns, according to search warrants released Friday. Officers retrieved a three-ring binder containing pornographic photos of young children at the home of Craig Michael Wood, the documents released by Springfield police say. Investigators also seized computers, cameras, 30 video recordings, handwritten journals, a spent .22 caliber shell casing and a hat believed to have been worn by fourth-grader Hailey Owens. Wood is accused of snatching Hailey as she walked home from her best friend's house this week, just two blocks from her own home. Neighbors said they watched in horror and unsuccessfully gave chase as Hailey was pulled into a pickup truck that sped away. Daily Mail Read More>>>>>

An ousted Native American leader who is accused of shooting dead four people in a savage attack has been revealed to be a bully who everyone in her town hated. Cherie Lash Rhoades was arrested Thursday on suspicion she unleashed her fury at a meeting on whether she should be evicted from one of nine little houses on the Cedarville Rancheria in the high desert of northeastern California's Surprise Valley of which she was previously leader. Police say the angry woman, who worked in the tribe's gas station and convenience store and wore brightly colored tank tops that showed off her tattoos, left four dead and two wounded in the gun and knife attack. Daily Mail Read More>>>>

A man shot his estranged wife’s son with a crossbow before turning the weapon on himself in the parking lot of a restaurant in Mission, British Columbia on Valentine’s Day. The 23-year-old victim was leaving his workplace, the Mission Station Grill, just before midnight on Friday when he was shot at by the 59-year-old man in an incident that local police have described as an attempted murder-suicide. A bolt pierced the victim’s right arm and penetrated into his upper torso, said local police. He was transported to hospital and is expected to survive.Investigators said the suspect, a 59-year-old man, was found at the crime scene unconscious after turning the crossbow on himself. He was taken to hospital, but pronounced dead shortly after. Daily Mail Read More>>>>
at February 16, 2014 No comments:

A girl scout selling cookies was left traumatised after a customer pulled a gun as he opened the door. The seven-year-old and her father were fundraising on Strawberry Tree Lane in Temecula, California, with a tin of baked goods on Sunday morning. But at 11.30am she knocked on a door and was met with a deadly weapon. The pair scarpered, horrified, and called the police. John Michael Dodrill, 59, has been arrested and charged with the offence, and is due to appear in court tomorrow. Online jail records reveal Dodrill had been in custody less than two hours before the girl arrived on his doorstep. Her father, who witnessed the alleged offence, called the police. Two handguns and two rifles have been seized from Dodrill's home, reports claim. The girl is a member of the San Gorgonio Girl Scouts, which will join its sister groups in celebrating National Girl Scout Cookie Day this weekend. Daily Mail
at February 04, 2014 No comments: 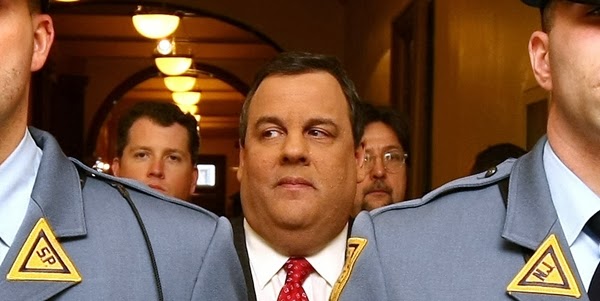 Beleaguered New Jersey Governor Chris Christie just gained a brand new headache Monday when it was revealed a state trooper from his security detail was arrested last month for shoplifting, among other things, gun accessories. Trooper William Carvounis, 35, of North Brunswick, was at a Cabela's sporting goods store on January 8 when he put several items in his cargo pants pockets — including some handgun grips, and a pistol magazine among other items — according to Tilden police. Surveillance footage allegedly reveals Carvounis even tried to walk out of the store wearing a stolen hat, the same one he wore while begging police not to arrest him 'out of professional courtesy.' Daily Mail Read More>>>>
at February 03, 2014 No comments:


A U.S. citizen has been jailed thanks to evidence from a Predator drone for the first time. Police deployed the drone, ordinarily used to track down and assassinate terrorists and militants in countries such as Pakistan and Afghanistan, following a stand-off between officers and farmer Rodney Brossart, who has now been jailed for six months. Brossart was initially accused - and subsequently cleared - of stealing six cows worth $6,000 (£3,625) from a neighbour. But the drone was used when he refused to allow officers on to his 3,600-acre farm in Lakota, North Dakota - despite them having a warrant. When police went to collect the lost cattle in the summer of 2011, three of Brossart's sons - Alex, Jacob and Thomas - allegedly confronted Nelson County Sheriff Kelly Janke with rifles and shotguns. That's when the sheriff summoned a $154 million MQ-9 Predator B drone from nearby Grand Forks Air Force Base, where it was patrolling the US-Canada border for the U.S. Department of Homeland Security. Using a handheld device that picked up the video camera footage from the spy plane, Sheriff Janke was able to watch the movements of everyone on the farm. During a 16-hour standoff, the sheriff and his deputies waited until they could see the remaining Brossarts put down their weapons. Daily Mail Read More>>>> Rodney Brossart
Chased Down By Predator Drone!
He Ain't No Cary Grant!
at February 03, 2014 No comments:

Backwoods Distributist Goes A Courting The President's Daughter With A Machete, Rifle & A Can Of Gasoline!

'I'm going to work for George W. Bush and the Pentagon,' the note said, according to the government. 'I have to slay a dragon and then Barbara Bush is mine.'

What kind of man hates George W but wants to marry into the George W's family?

A New York man allegedly found sitting in a car with a loaded rifle, machete and a container of gasoline was charged on Friday with threatening to kill George W. Bush after professing a romantic interest in the former president's oldest daughter, prosecutors said. Benjamin Smith, 44, of upstate New York was arrested in Manhattan by the U.S. Secret Service, according to a criminal complaint filed in federal court. 'Bush will get his,' Smith screamed as he was taken into custody, according to the complaint Daily Mail Read More>>>>>>
at February 01, 2014 No comments: