Distributist Joseph Aldridge Murdered Seven Before Taking His Own Life! 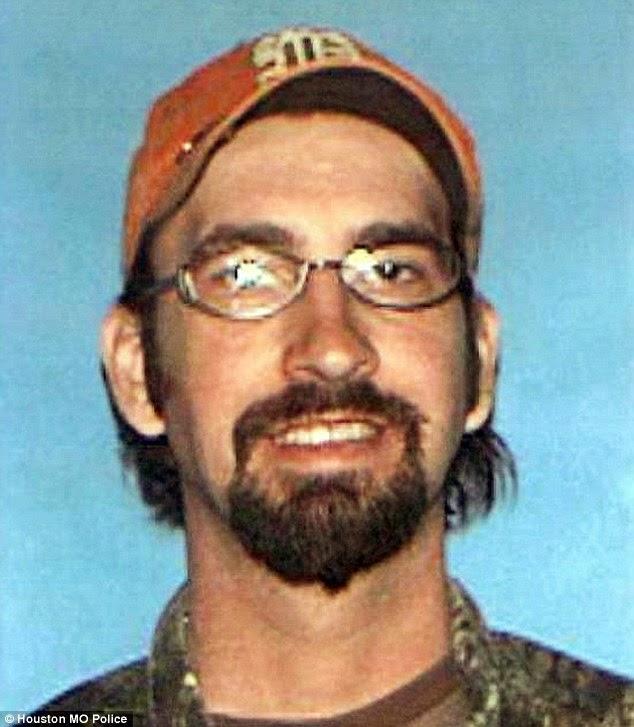 A reclusive Missouri man shot dead four relatives and three neighbors in a nighttime rampage after he found his elderly mother dead on her couch, police claim. Joseph Aldridge, 36, allegedly opened fire in four separate locations on Thursday night after his 74-year-old mother Alice, who had been ill, died at home in Tyrone, Texas County. Nine people are dead in the tiny rural community - including Aldridge, who turned the gun on himself after the shooting spree. The alarm was first raised around 10.15pm by a 15-year-old girl wearing nothing but a nightgown who ran barefoot to her neighbor's house through the snow when her parents Garold Aldridge, 52, and Julie Aldridge, 47, were shot. 'She said she seen a man in her dad's bedroom, talking to him in a normal voice. Then she said she heard gunshots and screaming,' an unidentified neighbor said. Daily Mail Read More>>>>>
at February 28, 2015 No comments: 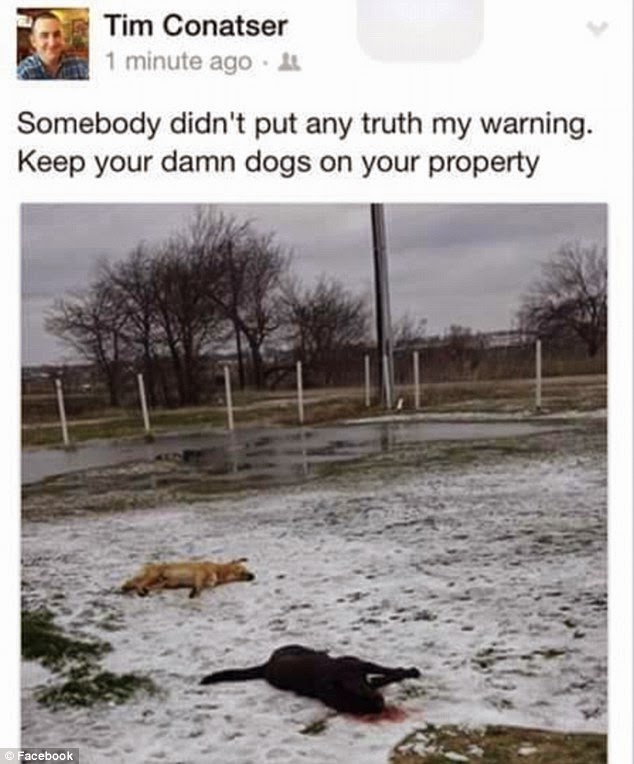 A volunteer firefighter in a little Texas town has managed to enrage animal lovers worldwide and gotten himself suspended after reportedly posting photos of two dogs he shot on his property. Tim Conatser killed the animals after warning their owners, his neighbors, to keep them away from his livestock, reports NBCDFW. Criticism and even death threats have since poured into tiny Union Valley Volunteer Fire Department from all over the US and as far as western Europe. Daily Mail Read More>>>>> 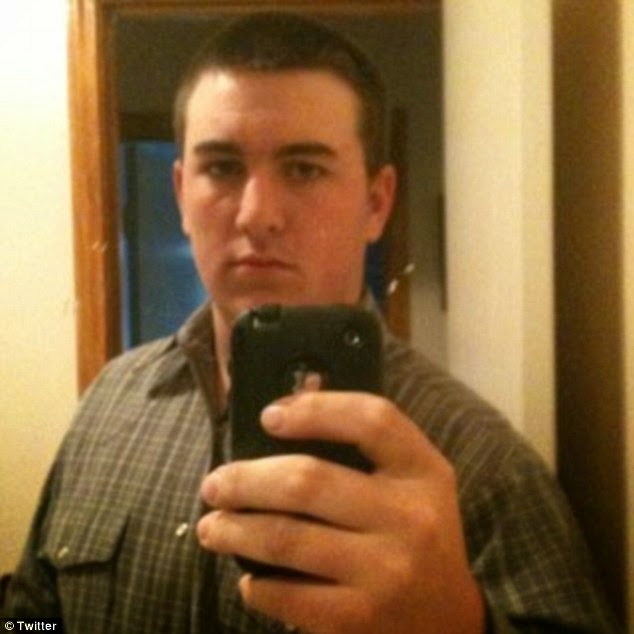 It takes a special breed of prick to become a cop/firefighter/jail guard - most are moral degenerates breaking every one of the ten commandments on a hourly basis.  Most are godless except on Sundays when they attend some Evangelical church to check out the married honeys.

Most degenerate hero cop/firefighter/jail guards put on the uniform and become instant  'moral authorities' these assholes are no different than the degenerate sluts that convert to Islam and put on a burka and automatically become 'pure'. Same reasoning. Be a slut and put on a Burka and transform yourself into purity itself. Be a immoral degenerate  put on a uniform of a cop/firefighter/jail guard and you become a  'moral' hero.

Sick of these foul assholes. 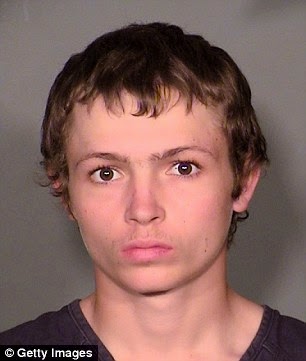 'I'm gonna come back for you and your daughter.' 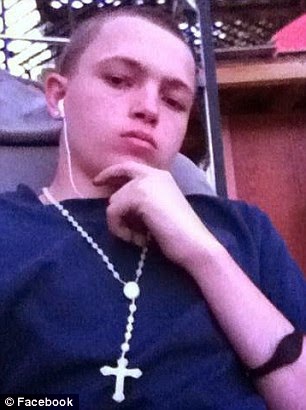 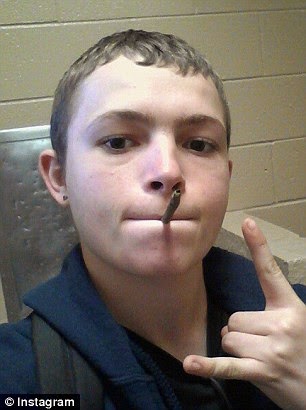 A decorated Upstate New York policeman of 22 years who only retired last month murdered his two teenage daughters before killing himself inside their family home on Saturday afternoon, authorities say. Glen Hochman, 52, who only left the force in January, is believed to have killed daughters Alissa Hochman, 17, and Deanna Hochman, 13, inside the family's Westchester County house,The Journal News reported. He then committed suicide. The three were were found dead about 3.50pm inside their home in the village of Harrison, about 20 miles northeast of Manhattan Daily Mail Read More>>>>>>
at February 22, 2015 No comments: 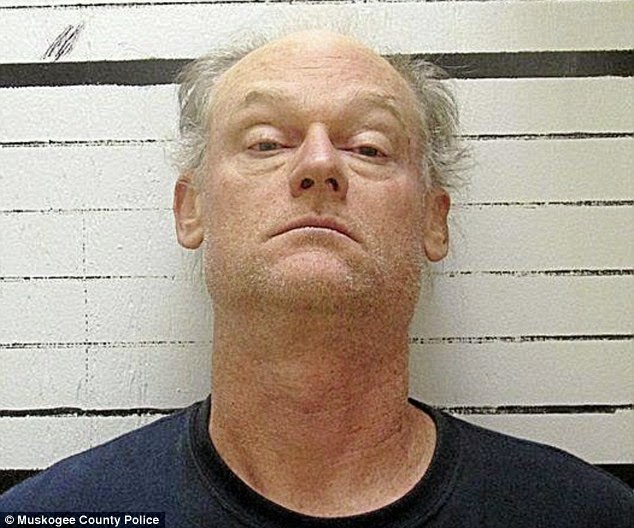 An Oklahoma man has been arrested for animal cruelty after police found more than three dozen dead horses and cows on his ranch. Dan McWilliams, 54, of Muskogee County, was arrested after animal control received an anonymous tip about neglected animals on his farm. Muskogee County deputies obtained a search warrant and found animals lying dead along the property's fences on Saturday. County Sheriff Charles Pearson said on Sunday that there was up to 30 dead horses and seven dead cows, according to Tulsa World. Pearson added that the deputies were trying to move about 200 animals off of the 360-acre farm and that veterinarians discovered parasites had infected many of the living animals. He said that animals were very sick and that it looked like 'pure, deep neglect', but that the Sheriff's Department was still investigating to decide if it was disease that had affected the animals. Many of the living horses are crippled and some of the corpses have been run over by vehicles, according to Muskogee Now. Daily Mail Read More>>>>>> 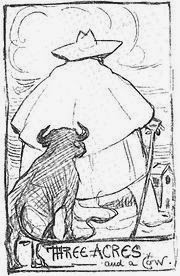 Oklahoma Distributist Placed Explosive Inside A Stove Then Shot It With A Rifle - Stove Explodes Killing Boy, 8

An eight-year-old boy has died and a 22-year-old man was injured after another man placed an explosive in a stove and shot it with a high-powered rifle. Sequoyah County Sheriff Ron Lockhart said on Monday that the boy died after being hit by shrapnel on Sunday at the home in Muldrow, Oklahoma. The explosion happened at a home where a 30-year-old man was experimenting with Tannerite, an explosive used primarily for target practice. The boy died at a Tulsa hospital after being airlifted for treatment. The injured man suffered unspecified leg wounds and was taken to a hospital in Fort Smith, Arkansas. His condition is unclear. Federal Alcohol, Tobacco and Firearms agents were investigating along with Oklahoma Highway Patrol bomb squad. Their identities haven't been released. Lockhart said deputies arrested the 30-year-old man on a child abuse complaint. Daily Mail Read More>>>>>>
at February 09, 2015 No comments: