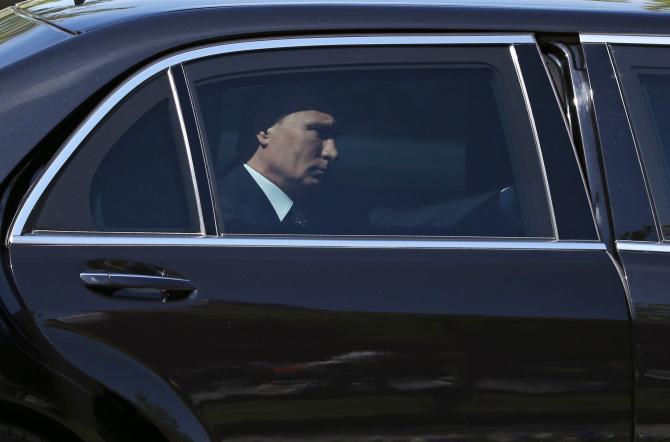 MOTORCADE BLAST Vladimir Putin’s car ‘attacked with bomb’ in ‘assassination attempt’ over Ukraine invasion, Kremlin insider claims
VLADIMIR Putin's limousine was allegedly attacked in a possible assassination attempt as the war in Ukraine rages on, Kremlin insiders claim. The Russian tyrant's car was hit by a "loud bang" on its left front wheel which was followed by "heavy smoke", sources close to the leader allege.Putin's limo was driven to safety with the president unharmed - but there have been multiple arrests from his security service, it is claimed. It is reported some of his bodyguards have vanished amid claims secret information about the 69-year-old's movements were compromised, according to the General GVR Telegram channel. The anti-Kremlin channel claims Putin was travelling back to his official residence in a decoy motorcade amid security fears. The "backup" convoy was made up of five armoured cars, with Putin in the third, it is claimed. Source
at September 14, 2022