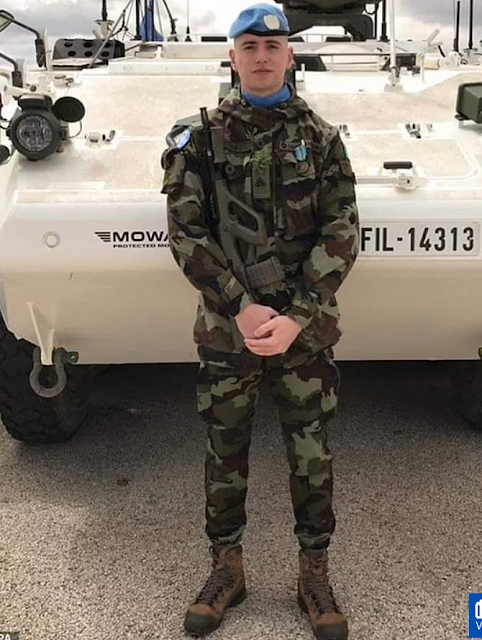 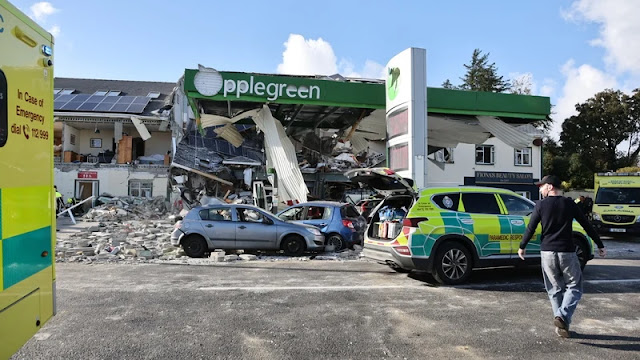 Still no word on the cause of that explosion.
Maybe Donegal officals are lying and now another one of their families suffers for it. Resident of Donegal dies in a Muslim Mob attack in Lebanon.
Will update on other Donegal  events if needed....
Irish soldier is killed when his vehicle is surrounded and shot at by mob in Lebanon as he was escorting UN personnel returning to Ireland following death of relatives
An Irish soldier serving as a UN peacekeeper in Lebanon was killed after his vehicle was surrounded and shot at by a mob as he was escorting soldiers home to Ireland after the death of their relatives. Private Seán Rooney from Donegal, part of the 27 Infantry Battalion in Dundalk, was killed last night in a convoy in Al-Aqbieh that was en route to Beirut. The 23-year-old died and another soldier, Private Shane Kearney, from Cork, was injured and is in a serious condition in hospital, having undergone surgery. Their convoy was attacked as it was carrying eight people. Two were about to fly home for family funerals, reported the Independent Ireland. Rooney suffered fatal injuries and was pronounced dead on arrival at the hospital. Two other peacekeepers were treated for minor injuries. The soldiers were part of 121st Infantry Battalion, which comprises 333 Irish soldiers, that was deployed in November 2022 to South Lebanon as part of UNIFIL (United Nation Interim Force in Lebanon). The convoy of two armoured vehicles en route to Beirut came under small arms fire at around 9.15pm on Wednesday night. Simon Coveney, Ireland's foreign minister, said it was considered a standard run from UNIFIL's area of operations in south Lebanon to Beirut. He said the vehicles became separated and one was surrounded by a hostile mob and shots were fired in the 'unexpected' attack. All four soldiers injured in the attack were taken to Raee Hospital, near Sidon, following the incident. Four other soldiers in the convoy were uninjured in the attack. Coveney said the soldier is 'a young man who has lost his life in service of Ireland and of the UN'. 'This is a shocking and tragic incident and of course we have an investigation under way,' he said, expressing his condolences to the man's family and relatives of the other soldiers. Mr Coveney said the incident happened during a two-and-a-half-hour journey to the UN peacekeeping camp in Lebanon. 'Essentially what happened, we think, was two armoured personnel vehicles were travelling from our main camp in southern Lebanon to Beirut. It was a standard administrative run, as it's called in military terms,' he told RTE Radio. And the two armoured vehicles effectively got separated. One of them got surrounded by a hostile mob – I think that's the only way you could describe them – and shots were fired and unfortunately one of our peacekeepers was killed. 'This is a very serious incident. We haven't had a fatality in the Defence Forces on peacekeeping missions for over two decades.' Source 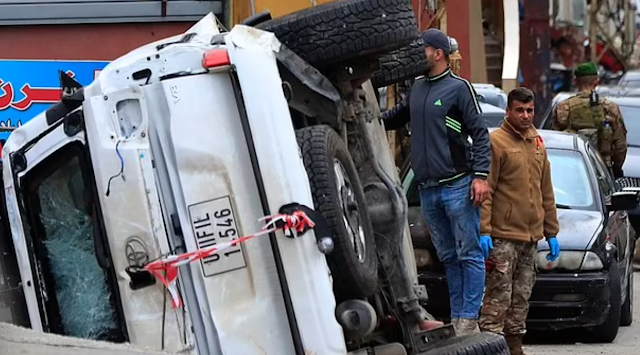