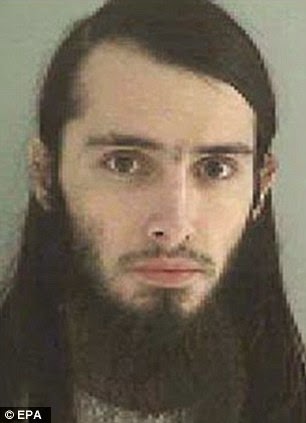 A radicalized Muslim convert from Ohio who was arrested on Wednesday for allegedly plotting a deadly attack on the U.S. Capitol is a 'peace-loving momma's boy', his father has insisted. Christopher Lee Cornell, 20, had planned to detonate pipe bombs in the U.S. Capitol before opening fire on fleeing government officials in December 2015, according to a criminal complaint. But his father isn't buying it - and says he believes the FBI set his son up. 'They've already painted him as some kind of terrorist,' John Cornell told the Cincinnati Enquirer. '(Christopher) is one of the most peace-loving people I know.' Daily Mail Read More>>>>>
at January 16, 2015