Cops Are No Better Than Burka Wearing Muslim Bitches! Married Harris County Deputy Darren Goforth Had His Mistress In Car When He Was Shot To Death!


Hey slut! put on a Burka and you're new again! You are purity itself. This is the reason why white sluts convert to Islam so that they can still remain a nasty slut but parade in a Burka to give the appearance of Chastity.

Same goes for moral degenerates who become cops all because of the uniform and badge, as everyone knows once a man puts on a police uniform and badge he is morally superior  to everyone else - no matter how perverted and corrupt the bastard cop is.

This a truism that no one likes to admit.

Cops in uniform are not moral.

Hey morons! you need to change your whole self not just your apparel!


Here is the story of a 'hero' cop shot while pumping gas. He apparently had his forincating whore in the front seat!  Thanks media for keeping that information out until the bastard was given a hero funeral and put in the ground.

'Mistress' of slain Houston police deputy was in the car with him when he was murdered at a gas station
A witness to the murder of a police deputy was in a 'romantic relationship' with the married officer and was in his patrol car when he was gunned down at a gas station, according to court documents. Harris County Deputy Darren Goforth, 47, was shot as he filled his patrol car with gasoline at a suburban Houston convenience store on August 28. Shannon Miles, 30, was arrested the following day and has been charged with capital murder. Now, according to court documents dated September 16, a witness to the murder was allegedly having an affair with the father-of-two for 15 months until his death.  Read More>>>>>> 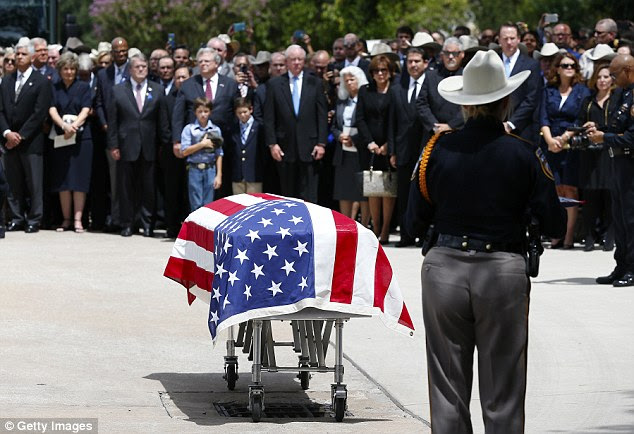