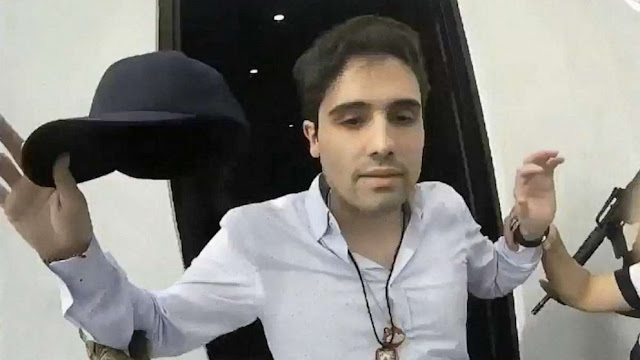 Mexican authorities arrest son of notorious drug lord ‘El Chapo’
CNN — Mexican authorities have arrested Ovidio Guzmán, son of notorious drug lord Joaquin “El Chapo” Guzmán, a source from the federal government of Mexico told CNN, in a dramatic operation in the northern state of Sinaloa on Thursday that led to clashes around the city of Culiacán. Guzmán is described as “a high-ranking member of the Sinaloa Cartel” in a press release issued by the United States State Department on December 16, prior to his arrest. He was previously arrested by federal authorities in October 2019, but was released on the orders of President Andrés Manuel López Obrador to avoid further bloodshed. Chaos broke out in the city around Guzmán’s arrest on Thursday, with local officials telling citizens to shelter at home amid clashes with cartel members in various parts of Culiacán. Social media videos appear to show trucks on fire and intense shooting near the airport, which was closed for most of the day due to the violence. CNN has not yet verified these videos. Passengers appeared to crouch for cover in an Aeromexico plane according to video shared on social media, which was hit by a bullet while grounded in Culiacán. No injuries were reported, said Aeromexico, which has canceled all its operations to and from the Sinaloan cities of Culiacan, Los Mochis and Mazatlan. Culiacán International Airport closed after Guzmán’s arrest for security reasons, airport authorities said on their Twitter account. In a morning address on Thursday, President López Obrador said the operation in Culiacán had been underway since dawn. As the arrest unfolded, Sinaloa Secretary of Public Security Cristóbal Castañeda said that vehicles were being looted and blockades “are taking place in different parts of the city” as he asked the public not to leave the city. Source