Its About Time! Swedes Take Back Sweden! 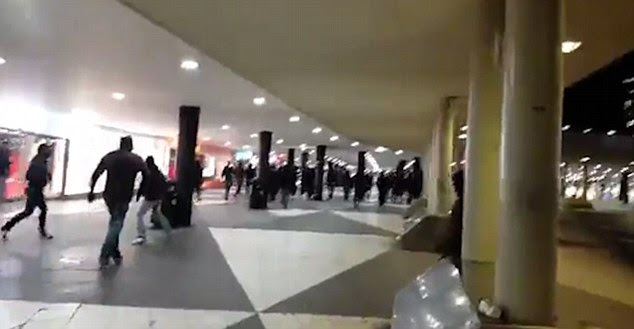 Not much, but its a start. Police don't do their job - the police hide the crimes committed by Muslims.

After Muslims are chased out the politicians and police will be next.

A mob of black-clad masked men went on a rampage in and around Stockholm's main train station last night beating up refugees and anyone who did not look like they were ethnically Swedish. Before the attack, the group of 200 people handed out xenophobic leaflets with the message 'Enough now'. Swedish media reported that the thugs, allegedly linked to Sweden's football hooligan scene, were targeting unaccompanied minors with a 'foreign' background. Daily Mail Read More>>>>>>>