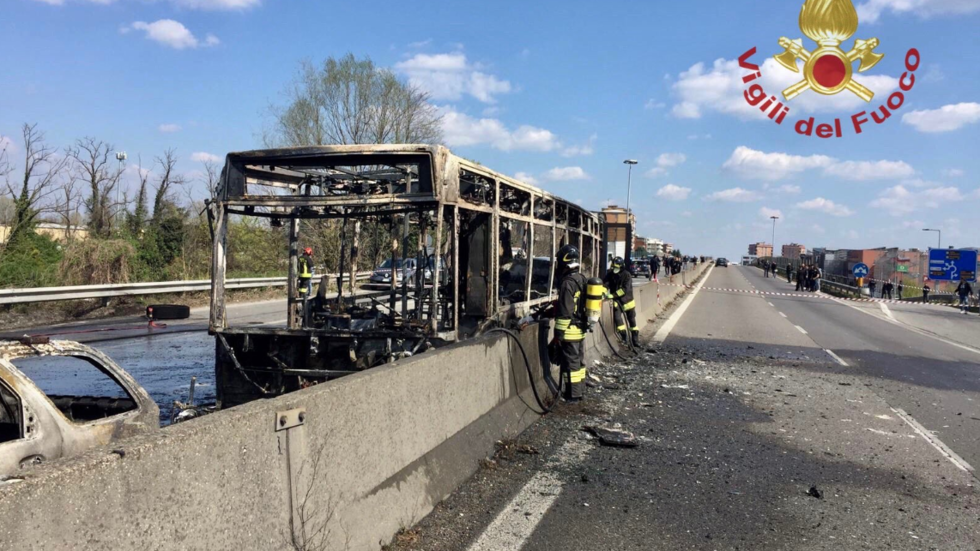 "I want to end it, the deaths in the Mediterranean must be stopped"

The driver of a school bus filled with children has been arrested by Italian police for setting fire to the vehicle near Milan. The Senegalese man reportedly called for an end to “deaths in the Mediterranean” during the incident. Miraculously all 51 schoolboys managed to escape the fire without injuries, although 12 children and two adults were sent to hospital for smoke inhalation, according to RaiNews24. The 46-year-old Senegal-born driver reportedly spilled gasoline down the aisle of the bus while shouting that he wants to stop deaths in the Mediterranean Sea before igniting the blaze. "I want to end it, the deaths in the Mediterranean must be stopped," he said according to the Italian news outlet. The children were students of Vailati middle school in the Italian city of Cremona, and raised the alarm by calling their parents after the driver announced that he wanted to kill himself. The Carabinieri, Italy’s national police service, stopped the vehicle by erecting a series of checkpoints that the driver attempted to break through. The man eventually lost control of the vehicle and attempted to set the bus alight before the military rescued the students by breaking the windows. Source