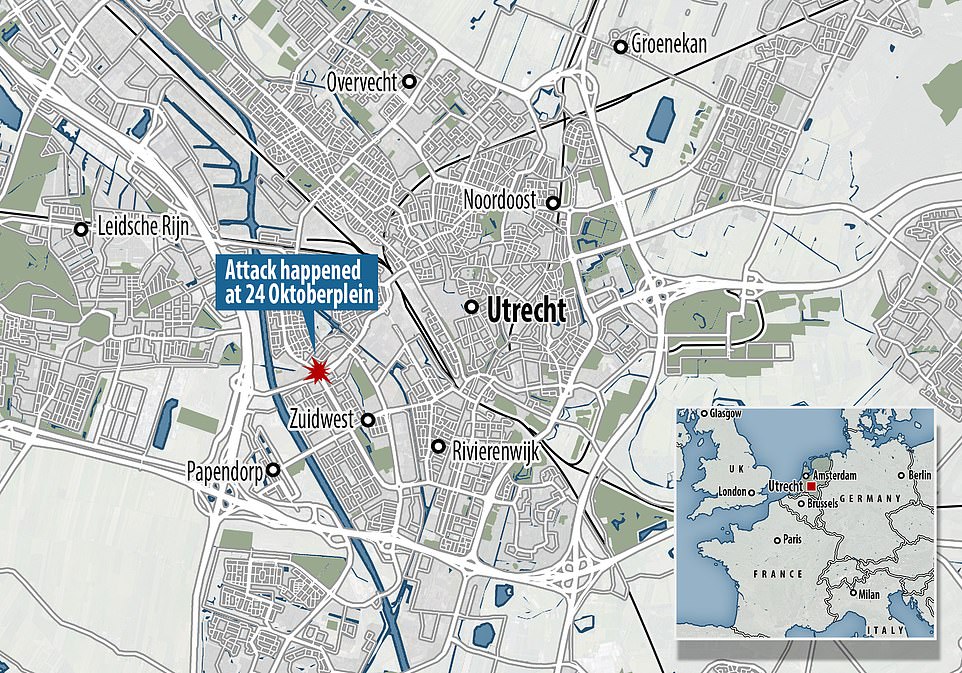 Turkish 'terror' suspect is ARRESTED after 'shooting a relative on Dutch tram "for family reasons" and then firing at anyone who tried to intervene', killing three

A gunman has killed three people on a tram in the Dutch city of Utrecht in what authorities said may have been a terror attack, and a suspect has been seized after an hours-long manhunt which saw schools and businesses in lockdown. Turkish-born Gökmen Tanis, 37, was allegedly targeting one of his own relatives in this morning's shooting, which left five other people injured, and saw the terrorism threat level in Utrecht raised to the highest possible. The suspect - who 'was known' to authorities - was detained during a raid on the Oudernoord district of Utrecht, and the threat level in the province has been downgraded by one notch as a result of the arrest, Dutch police confirmed. Prime Minister of the Netherlands Mark Rutte said some people wounded in the tram attack 'are still in critical condition', with 'three people fighting for their lives'. Source