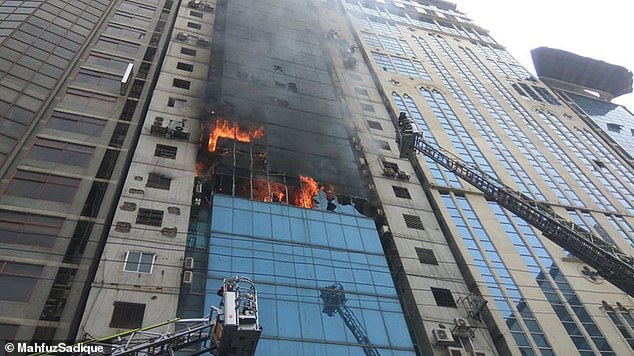 Desperate workers jumped to their deaths as a huge fire tore through a Dhaka office block today, killing at least 19 people and trapping others in the latest major inferno to hit the Bangladesh capital. Rescue workers warned the death toll could rise sharply as fire fighters recovered charred bodies from the complex where an unknown number of office workers were engulfed by intense smoke and flames. At least six people died after jumping from the 22-floor building, officials said. At least 73 people were injured and being treated in hospitals across Dhaka. One video posted on social media shows a man tumbling from a cable as he and several others try to scale down the exterior of the building. Source