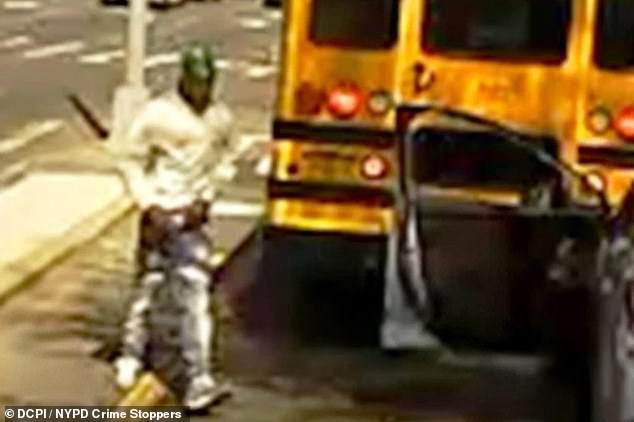 Moment deranged motorist smashes school bus window and then runs over driver when she gets out to take photo of his car
NYPD detectives are hunting for a motorist who smashed a window of a school bus before deliberately mowing down its driver in Brooklyn. Dashcam footage from another vehicle shows the moment the driver of a gray Subaru Crosstrek got out of his car to confront the 44-year-old bus driver. She had stopped at lights on the corner of Hinsdale St and Linden Boulevard in East New York at about 5:15pm on Friday night, apparently infuriating the Subaru driver. The man approaches the bus and smashes a window, and the female bus driver steps out of the vehicle and appears to begin recording him. The driver quickly gets back into his Subaru and hits the gas, ploughing into the woman and leaving her lying critically injured in the middle of the road. Source
at May 01, 2021