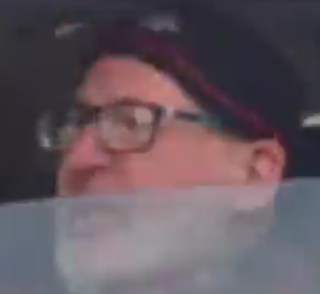 Attacker
Winnipeg woman feared for her life as man in truck relentlessly rammed her car
A Winnipeg woman is certain she and her father could have died after she says a man in a white truck pursued her through the city's west end and repeatedly struck her vehicle. Kiana Jobo was driving her father to the bank on Thursday at about 3 p.m. when she decided to make a left turn from Sargent Avenue onto Milt Stegall Drive. Jobo says another driver going eastbound on Sargent was turning right at the same intersection, so she inched forward to ensure it was safe to make the turn. "A man in ... a white Chevy Colorado aggressively drove up to my vehicle in the intersection and stopped right in front of my car and got extremely and unreasonably aggressive realizing that I was in his lane. And so he starts honking his horn and flipping me off," Jobo said. The situation took a turn for the worse when Jobo says he followed her down the road and began ramming her four-door Hyundai repeatedly. When she managed to drive away, back down Milt Stegall Drive toward Sargent, she says he followed her. "It was traumatizing," she said. Jobo took off speeding, and says she was pursued by the man. She blew through stop signs, she says, going up to 80 kilometres per hour southbound on Valour Road, while being repeatedly rammed from behind, causing her to hit a number of other cars parked on the street. Source
at May 22, 2021