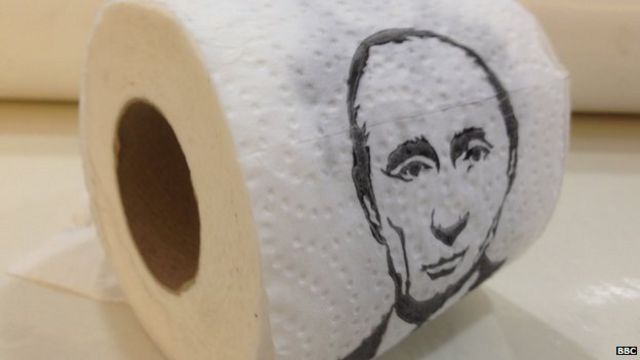 $hit's about to hit the fan between the FSB & Putin - 5th letter from the Wind of Change inside the FSB
My translation of the 5th letter from the #WindofChange inside the FSB to Vladimir Osechkin. Written after the raid of the FSB on 3/11. The part that can be made public is pretty short and definitely please share far & wide. The text is only ~600 words. #FSBletters
As always, my comments for clarification are in parenthesis. So, let's roll:
Vladimir, good (REDACTED)! The temperature has really risen here, it’s uncomfortably hot. I won’t be able to communicate for a bit here going forward. I hope that we’ll be able to chat normally again in several days. There is a lot that I need to share with you…
The questions are being raised by FSO (Federal Protective Service of the Russian Federation, aka Putin’s Praetorian Guard) & DKVR (Russian Dept. of Military Counterintelligence). It is specifically the DKVR that’s mounted its horse and they are searching for “moles” and traitors here (FSB) and at Genstaff (General Staff of the Armed Forces of the Russian Federation) concerning leaks of Russian column movements in Ukraine. Now every structure’s task is to transfer blame to others and make the others’ guilt more visible. Almost all of us here (FSB) are occupied with this right now.
The bullseye is on us moreso than others right now because of the utmost hellish circumstances concerning the intrapolitical situation in Ukraine: We (the FSB, not Wind of Change specifically) issued reports that at minimum about 2,000 trained civilian in every major city in Ukraine were ready to overthrow Zelensky (President of Ukraine). And that at least 5,000 civilians were prepared to come out with flags against Zelensky on beck-and-call of Russia. Do you want a laugh? We (FSB) were expected to be the arbitrators for crowning Ukrainian politicians who were supposed to start tearing each other apart competing for the right to be called “aligned with Russia.” We even had established criteria on how to select the best of the best (of the Ukraininan politicans). Of course some concerns were even raised that we may not be able to attract a large number of people (Ukrainian politicans) in Western Ukraine among small tows and Lvov itself. What do we actually have? Berdyansk, Kherson, Mariupol, Kharkiv are the *most* pro-Russian populated areas (and there is no support for Russia even there). A plan call fall apart, a plan can be wrong. A plan can yield a 90% result, even 50%, or 10%. And that would be a total failure. Here – it’s 0.0%.
There is also a question: “How did this happen?” This question is actually a setup (disingenuous). Because 0.0% is an estimate derived from many years of work of very serious (top rank) officials.
And now it turns out that they are either agents of the enemy or are simply incomprehensible (according to FSO / DKVR that are now searching for “moles” within the FSB).
But the question doesn't end there. If they are so bad, then who appointed them and who controlled their work? Turns out - the people of the same quality but one rank higher. And where does this pyramid of responsibility end? At the boss (Putin).
And here the wicked games begin: Our dear Александр Васильевич (Alexander Vasilyevich Bortnikov – Director of the entire FSB) can’t not understand how deeply he got caught. (Bortnikov realizes the deep mess he is in now)
And our ill-wishers from the GRU (Main Intelligence Directorate of the General Staff of the Armed Forces of the Russian Federation) and the SVR (Foreign Intelligence Service – equivalent to the CIA) understand everything [and not just from these two orgs]. The situation is so bad that there are no boundaries to possible variants (of events about to take place), but something extraordinary will happen.
(The insinuation here is rather obvious in Russian: Putin and the Director of the FSB Bortnikov cannot co-exist.)
(The letter continues but we cannot post the rest)
(END OF TRANSLATION)
Source Igor Sushko
at March 22, 2022