Fuck That Kitten!
Vladimir Putin 'is suffering 'roid rage from steroid treatment for cancer': Western spies believe his 'increasingly erratic' behaviour, bloated appearance and absurd social distancing for visitors is caused by medical treatment
Vladimir Putin is suffering from a brain disorder caused by dementia, Parkinson’s disease or ‘roid rage’ resulting from steroid treatment for cancer, intelligence sources have claimed. Citing sources close to the Kremlin, senior figures in the Five Eyes intelligence alliance – comprising Australia, Canada, New Zealand, the United Kingdom and the United States – believe there is a physiological explanation for the Russian president’s globally reviled decision to invade Ukraine. The intelligence community is sharing a growing number of reports about 69-year-old Putin’s ‘increasingly erratic behaviour’, combined with a bloated appearance in recent footage – and the absurd distance he insists on keeping from visitors to the Kremlin. A security source said: ‘It is only human sources that can offer you the sort of rich picture that we have of Putin’s psyche. ‘There has been an identifiable change in his decision-making over the past five years or so. Those around him see a marked change in the cogency and clarity of what he says and how he perceives the world around him.’ The source said this failure to think clearly was being compounded by the lack of a ‘negative feedback loop’, with the Russian leader ‘simply not being briefed’ on elements of failures with the invasion. Source 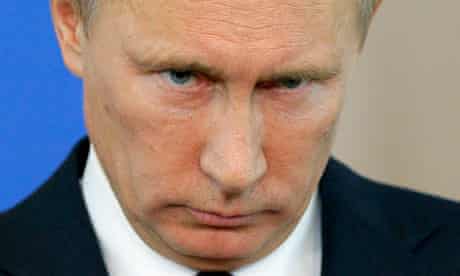