Robb Elementary Massacre: How Many Uvalde Police Will Commit Suicide Because Their Cowardice 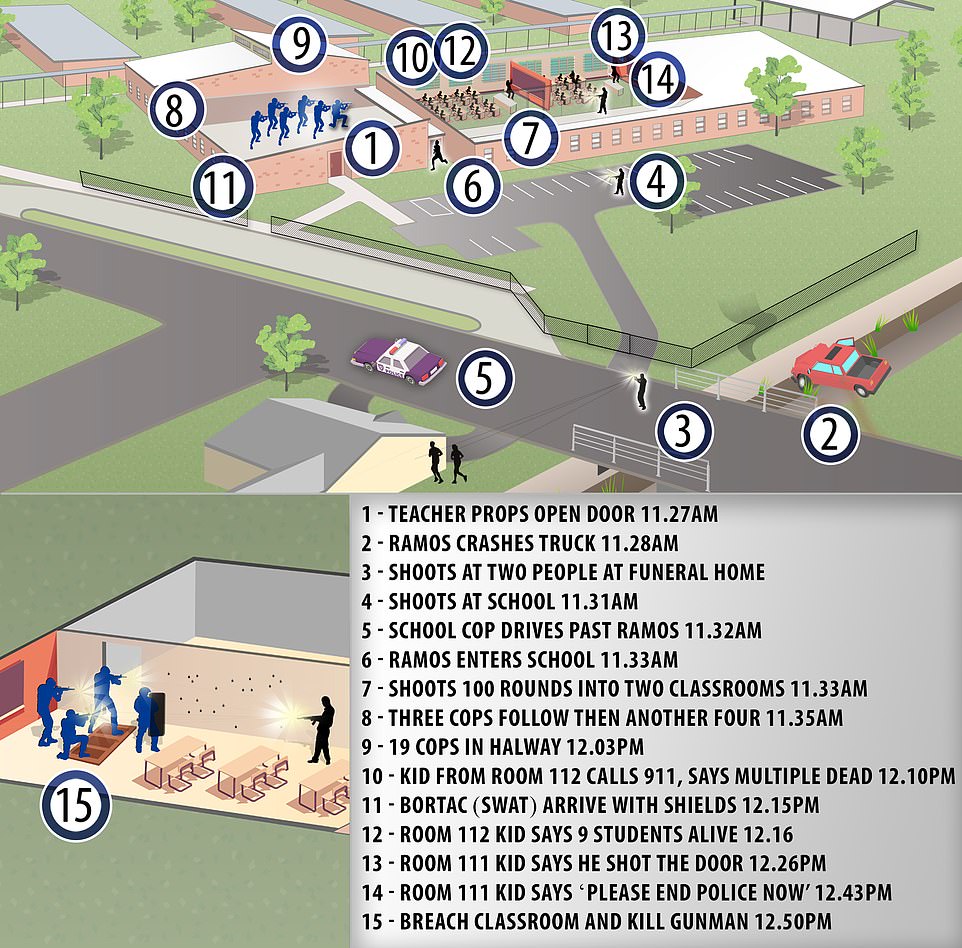 Every last one of the Uvalde Police who refused to save the lives of children will either resign this week or will kill themselves.
Federal customs agents DEFIED local Texas police chief to kill school shooter: SWAT team overruled dithering cops and burst into class to shoot gunman dead when he jumped out of closet after killing 19 children
Federal officers overruled local Texas police to storm the Uvalde school where a gunman was killing children - thirty minutes after being told not to go into the building a report has claimed. The armed officers from Border Patrol and Homeland Security arriving on the scene of the Texas school shooting were told by the local police chief not to go into the building, according to a report, but after a maddening 30 minutes overruled him and stormed the site. The first 911 call was received at 11:28am, and it swiftly became clear that the school was under serious attack: units from across the region dashed to the site. They included the elite border patrol tactical unit BORTAC, and ICE's Homeland Security Investigations (HSI), who were on the scene between noon and 12:15pm. The units were told by Arredondo to wait, and not enter, according to two senior federal law enforcement officers, who spoke to NBC. McCraw said that Arredondo mistakenly believed the gunman was cornered, and no longer a threat. At first they obeyed, the sources said. But after 30 minutes, in desperation, as children were repeatedly ringing 911 from inside their classes and begging for help, they began making a 'stack' formation to enter the building. Source 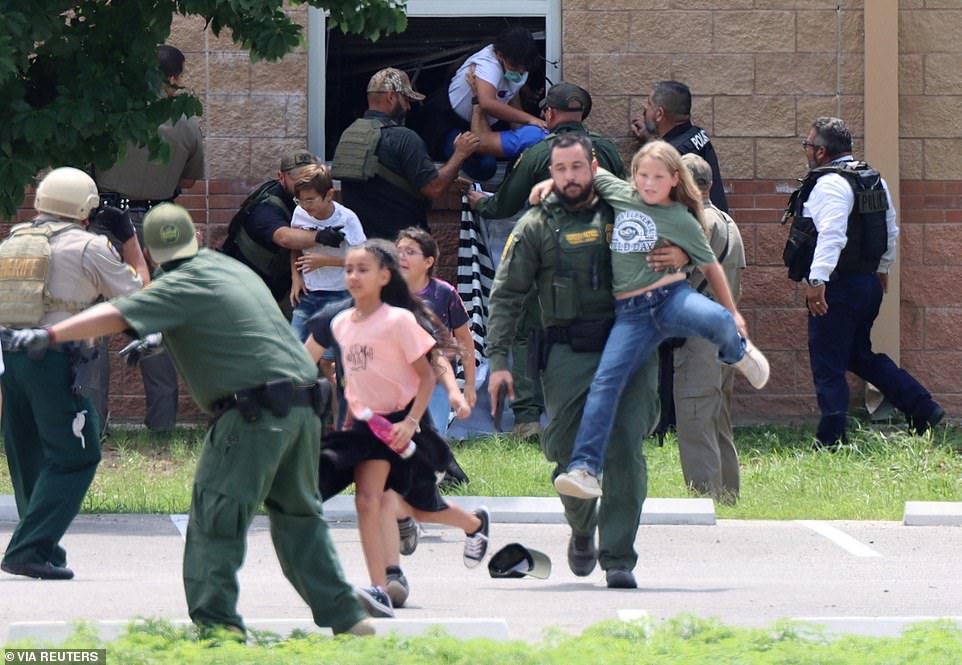