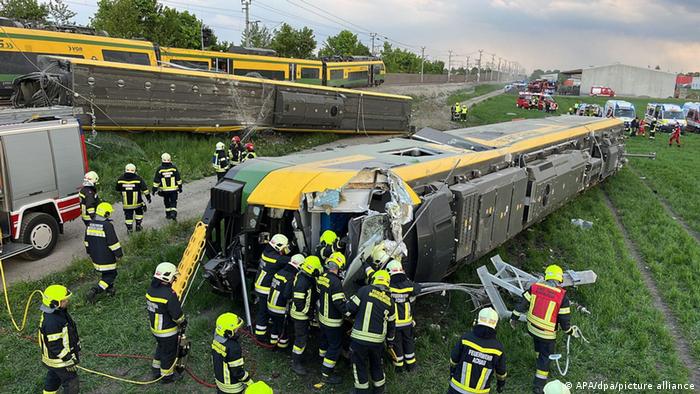 Austria: Train derails outside Vienna
A train has derailed south of the Austrian capital, Vienna, killing at least one person and leaving several other passengers with injuries, according to the Red Cross. The incident happened at around 6 p.m. local time (1600 GMT) on Monday. "One person died, three have been seriously injured and nine lightly injured," Andreas Zenker of the Red Cross of Lower Austria told the AFP news agency. Austria's national railway, ÖBB, said the train came off the tracks near the town of Münchendorf. It's not yet clear what caused the accident. Local media reported that a large team of rescue workers as well as four emergency helicopters had been dispatched to the scene. Source 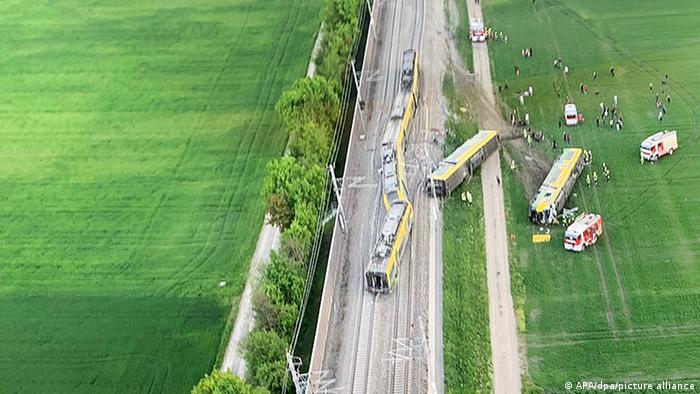