Another Idiot Pick-Up Driver Runs Over Kills A Mother Of Two: Andrea Boeve Is Dead Because Christopher Weber Was Busy Texting While Driving His Pick-Up 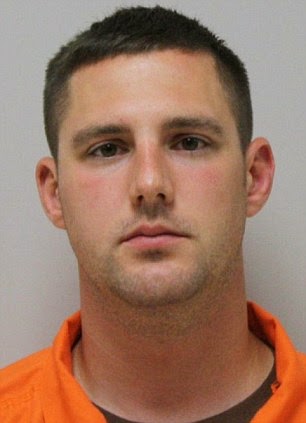 
God will allow the old serpent to cause divisions among those who reign in every society and in every family. Our Lady of La Salette 19 Sept. 1846 (Published by Mélanie 1879)

A mother-of-two was tragically struck and killed by a pick up truck that veered onto the wrong side of the road Monday while she was cycling with her daughters. Andrea Boeve, 33, was riding along Highway 270 near Steen, Minnesota, pulling her daughters, ages 1 and 4, behind her in a passenger trailer at around 11:30a.m. when a 2003 Chevy pickup truck crossed the white line and hit her. Boeve, who along with her children was wearing a safety helmet, was crushed by the truck. Her 4-year-old suffered broken ribs and a punctured lung, and the 1-year-old, who was also strapped into a safety seat, had only minor injuries, according to the Argus Leader. Both girls were rushed to a nearby hospital where they received treatment. Daily Mail Read More >>>>>