Utah Cop Joshua Boren Drugs Wife, Rapes Her Five Times, Films It, Puts A Bullet To Her Head, Then Kills The Kids & Mother In Law - All With A Police Department Issued Firearm! 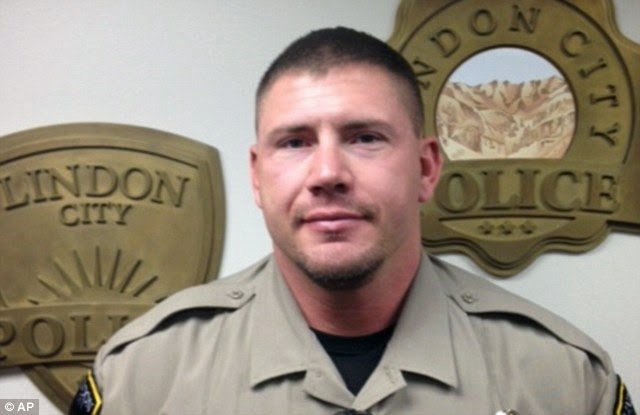 A Utah police officer who killed his family and then himself in January had drugged and raped his wife while filming it five times in the past two years, a disturbing seven-month investigation into the slayings has revealed. Joshua Boren used his Linden Police Department-issued handgun to shoot and kill his British wife, Kelly, their two children and his mother-in-law, also from the UK. He arranged the bodies of Hayley, 5, Jaden, 7, and their mom on the couple's bed and then shot himself dead next to them. According to Spanish Fork Police investigation, released this week, the couple had exchanged several heated text messages the day before the murder-suicide, with both seemingly agreeing their 8-year marriage was over. Kelly, from Northhampton, had moved to the U.S. where the children were at school, and her mother, Maire King, joined them. Daily Mail Read More>>>>