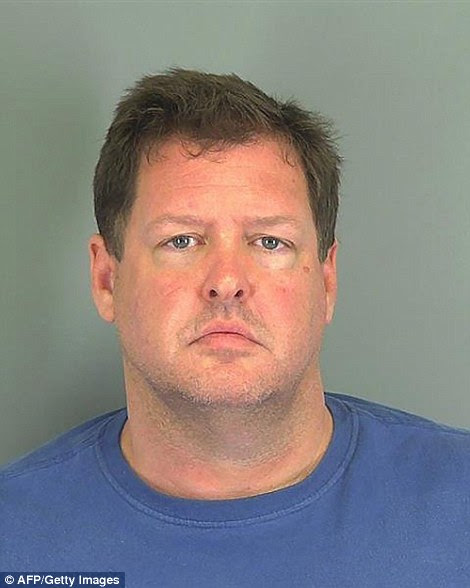 Another Farm boy turned killer. Don't know why Distributist claim that farming is the only way to live virtuous life:

'There could be more': Cops fear they have unearthed lair of serial killer after discovering one body in a shallow grave on 100 -acre property where woman, who claims there are more victims, was found chained 'like a dog' in a metal container

Police say they fear they could have a serial killer on their hands after a woman, who went missing in August and was found chained up like a dog in a metal container on Thursday, claimed her kidnapper had several more victims. Todd Christopher Kohlhepp, 45, the man accused of kidnapping 30-year-old Kala Brown and her boyfriend Charlie Carver, 32, has not been charged with any murders yet. However, seventh Circuit Solicitor Barry Barnette told Greenville Online at least one murder charge against Kohlhepp is likely. 'We're trying to get all this sorted out and figure out what were going to charge him with. One of the charges will be kidnapping, it could be murder. It could be a number of things,' Spartanburg County Sheriff Chuck Wright told WYFF. Using cadaver dogs, police found at least one dead body on the 100-acre property and Brown told police she witnessed Kohlhepp murder Carver. 'It’s possible that it is the work of a serial killer. It’s a deceased person. There could be more,' Wright said. On April 19, four months before the kidnapping, Kohlhepp replied to a post that reads: '(People need) to start appreciating the effort I put in to not be a serial killer.' Kohlhepp chillingly responded to the post: 'Why? Serial killers need love, too.' Daily Mail Read More>>>>>>> 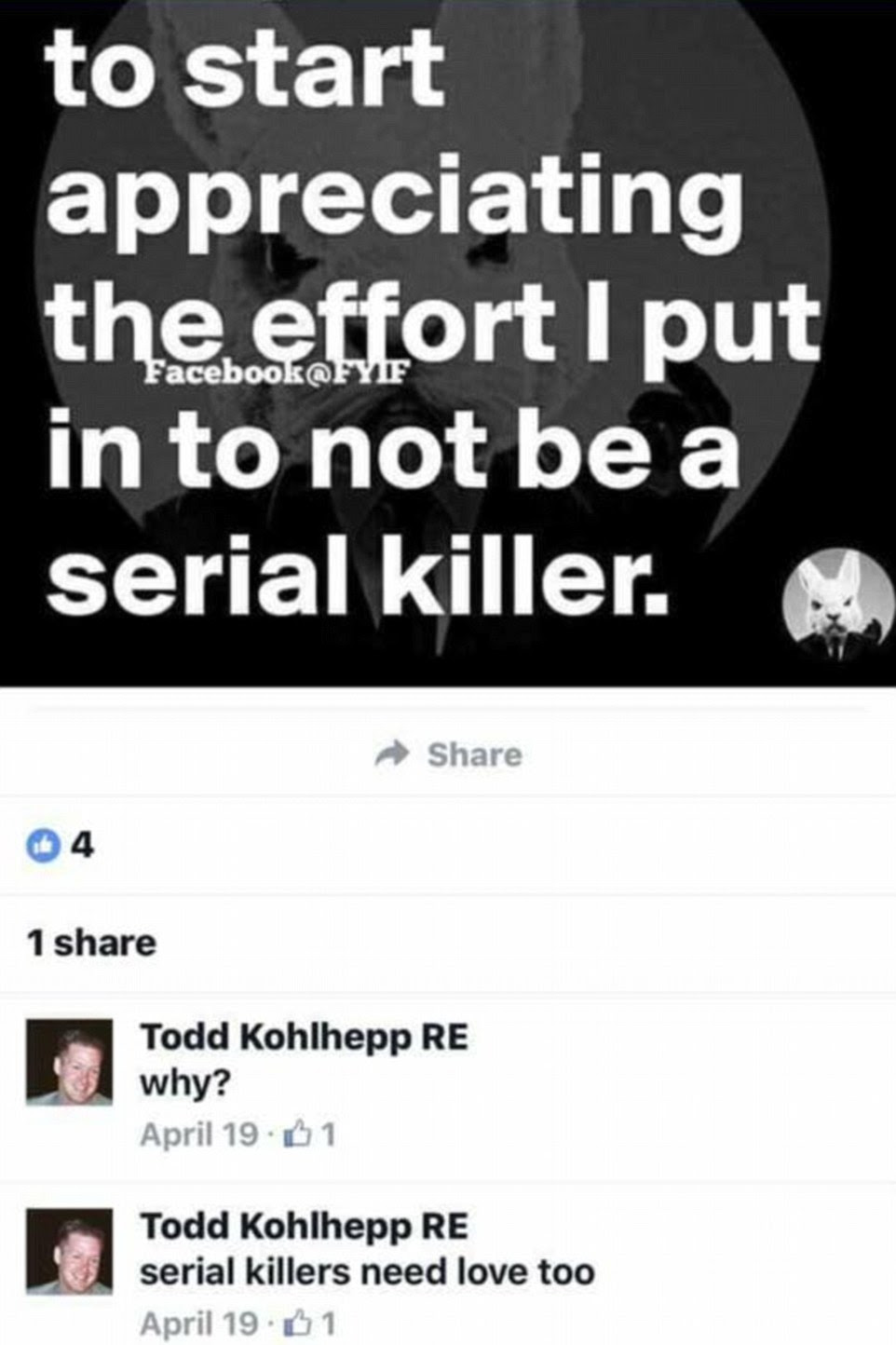