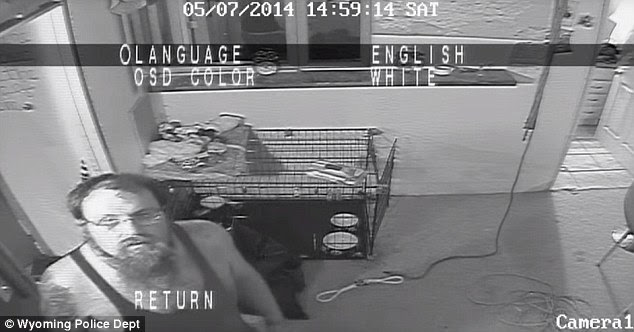 This is the rotten fruit of Distributism:

A killer prepares his torture chamber: Chilling video shows Craigslist murderer in the dungeon where he tortured a pregnant woman for five days and then killed her after meeting her and her boyfriend for sex

Police have released chilling surveillance footage that shows Craigslist killer Brady Oestrike setting up a torture chamber where he kept an 18-year-old girl chained for five days before killing her. Investigators in Wyoming, Michigan, also unveiled more than 100 gruesome photos from inside 31-year-old Oestrike's gun-littered house of horrors on Wednesday and confirmed that video of Brooke Slocum's assault, torment and death also exists. On July 12 of 2014, Brady Oestrike kidnapped Slocum - who was eight-months pregnant - after agreeing on Craigslist to meet her and her boyfriend, Charles Oppenneer, 25, for sex. Oppenneer and Slocum were selling sex for cash and placed an ad. He then decapitated Oppenneer in the park and handcuffed Slocum and took her back to his home in the early hours of July 13 where he kept her in a dog kennel and sadistically abused her. Daily Mail Read More>>>>>>>>