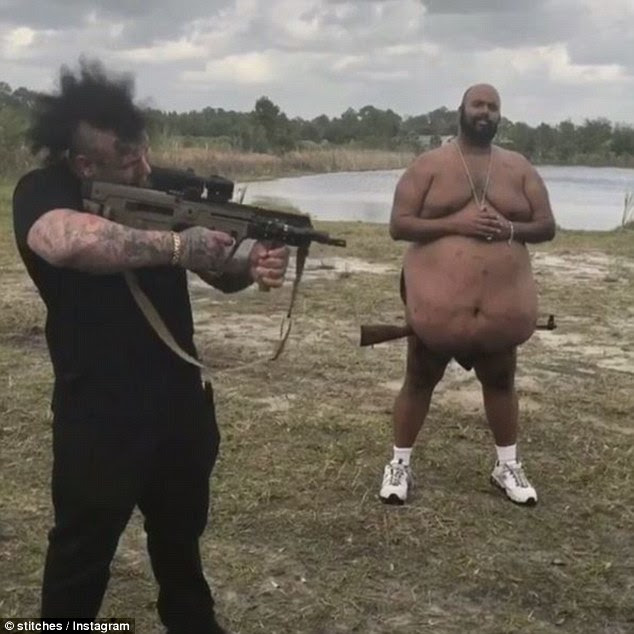 
Phillip Nickolas Katsabanis, better known as 'Stitches', was arrested for gun and drug possession after he parked in a handicapped spot. Officers spotted the rapper's Porsche pulling out of a Whole Foods parking lot in Miami on Wednesday night. They recognized him from previous arrests, and asked if he had a gun, reported TMZ. He said no and immediately passed the officer a hand rolled and slightly burnt joint, saying 'sorry Officer, according to a police report. After searching the car, they found a Glock handgun under his seat, and two magazines of ammunition. One of the magazines had 31 bullets, the other had 15. According to the police report, Stitches apologized, saying that he though the police officers were asking if he had a gun on him, not if he had one in the car, according to TMZ. Stitches told police he always carries a handgun for his protection, according to the report. Police also found a mason jar with 39.2 grams of marijuana and one oxycodone pill. He does not have a prescription. Daily Mail >>>>>>> 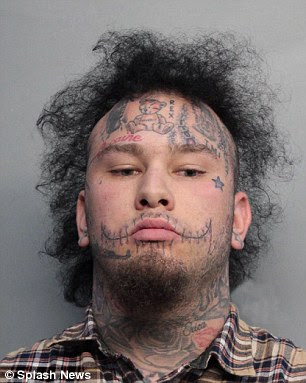