Two students including one of 'Moroccan origin' have been arrested for the slaughter of six people at a Quebec mosque which came a day after Canadian Prime Minister Justin Trudeau condemned Donald Trump's Muslim travel ban. Alexandre Bissonnette and Mohamed Khadir were arrested shortly after the attack at Quebec City Islamic Cultural Center at around 8pm on Sunday night. They are accused of opening fire on worshipers as they prayed, shouting 'Alluhu akbar' as they sprayed the room of men with bullets. Six peopel were killed at the scene and five remain in a critical condition in intensive care at Quebec's Hôpital de l'Enfant-Jésus. Twelve others had less serious injuries and another 39 escaped unharmed. One of the suspects, a 27-year-old man, was arrested in his Mitsubishi after reportedly confessing to the shooting in a 911 call he made after fleeing the scene. The other was arrested at the crime scene. On Monday, the Mitsubishi driver took police to a house on a quiet residential street 10 minutes away from the mosque, Le Soleil reports. Daily Mail Read More>>>>>>> 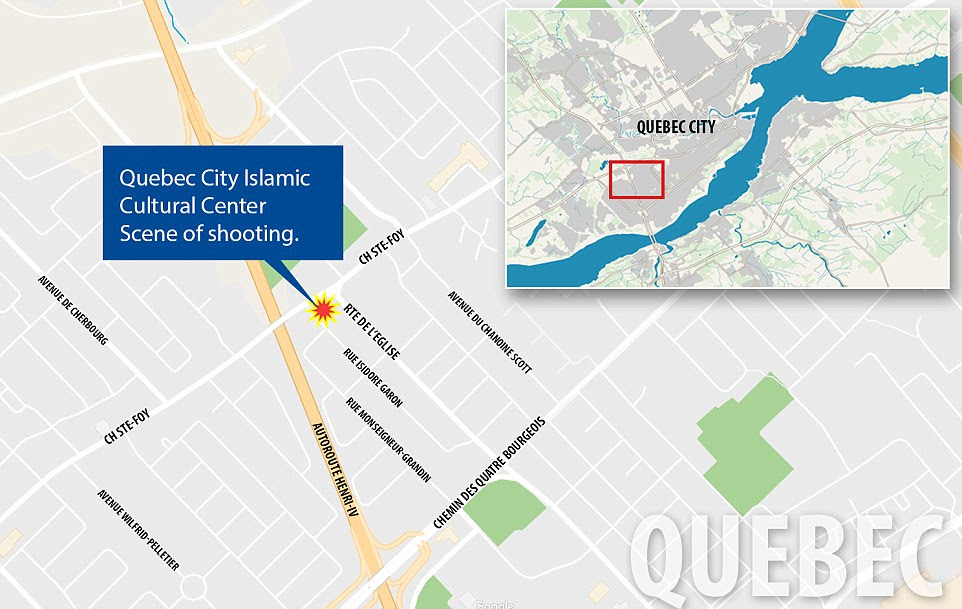