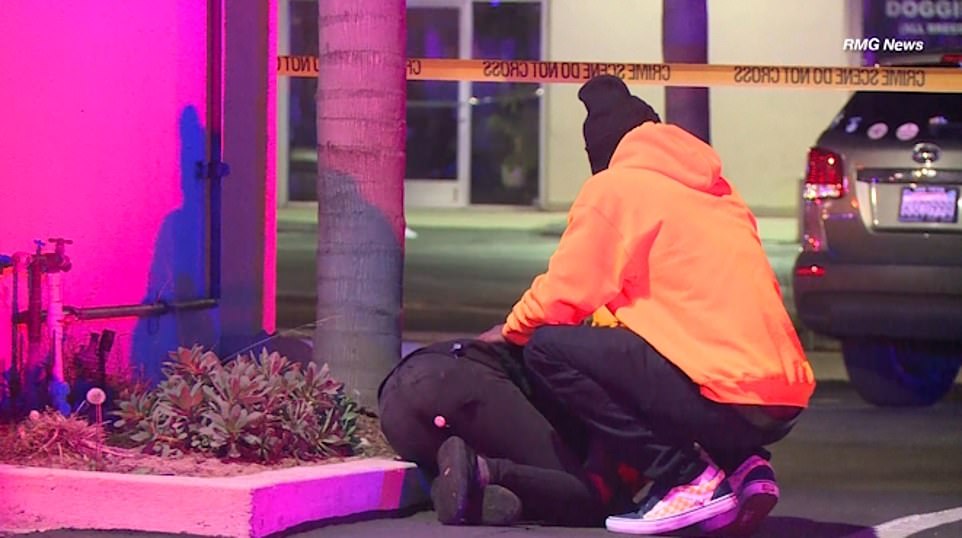 PICTURED: The three men shot dead on night out at bowling alley after 'huge fight erupted and gunman opened fire' in front of terrified families, leaving bloodied victims lying on the floor as they fled

The three men shot dead in a Southern California bowling alley have been identified. Family members identified the three fatalities as: 28-year-old Astin Edwards, 28-year-old Robert 'Tank' Meekins and 20-year-old Michael Radford. Shots rang out at about 11.54pm on Friday after a brawl between patrons at the Gable House Bowl in Torrance, witnesses said. Investigators with the Torrance Police Department have secured the scene and are working to identify the suspect or suspects, police said. It is unclear whether there were multiple gunmen. Source