Colorado Distributism In Action: Heith Gleason, 35, 'Told His Son, GAGE, 12, He'd Earned His Man Card' After They 'Both Shot Dead Mom-Of-Four, 41, And Left Her To Burn Inside Bullet Ridden Car' 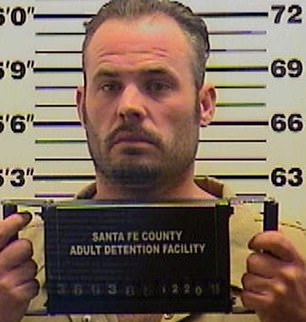 A Colorado dad accused of shooting dead a mom-of-four is said to have told his son he had 'earned his man card' after the child allegedly helped with the killing. Heith Gleason, 35, and his 12-year-old son Gage are both facing first-degree murder charges over the death of Amy Garcia. The 41-year-old was found in a bullet ridden, burnt out car in Walsenburg days before Christmas. Heith Gleason is said to have picked up a gun, saying 'I'll kill her' before walking outside and a gunshot was heard, according to a witness.The affadavit says he then came back in the house, saying 'he did not kill her', before taking Gage and a .22-caliber firearm outside with him, KOAA New 5 reports. The witness said they then heard more gunshots before Gleason is alleged to have come back inside again, this time reportedly telling the witness that his son 'just earned his man card'. Amy was found in the driver's seat of the burnt out car with a number of bullet holes in the door. When officers went to Gleason's home nearby they say they found it empty with the back door open. Tragic Amy and Gleason are said to have been arguing about alcohol prior to her death, with the pair reportedly driving to her home to get more liquor before returning to his house. Authorities tracked the father and son duo down to a McDonald's Santa Fe, New Mexico using cell phone data. Source