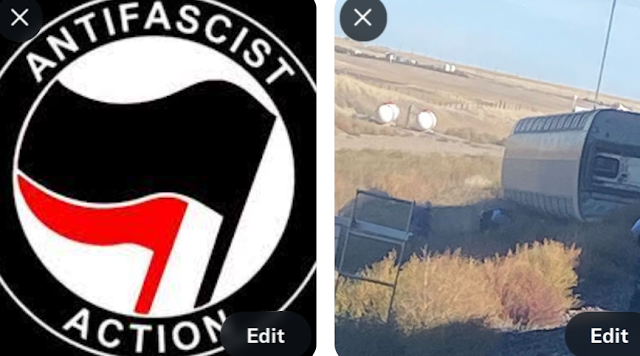 Who is responsible?
ANTIFA.
Investigation will take months before this is reported by authorities.
There have been other derailments in Washington State that were caused by leftist terrorists
26 SEPT UPDATE
Investigators probe deadly Amtrak derailment in Montana

Railroad safety expert David Clarke, director of the Center for Transportation Research at the University of Tennessee, said accident scene photos show the derailment occurred at or near a switch, which is where the railway goes from a single track to a double track. Clarke said the two locomotives and two cars at the front of the train reached the split and continued on the main track, but the remaining eight cars derailed. He said it was unclear if some of the last cars moved onto the second track. “Did the switch play some role? It might have been that the front of the train hit the switch and it started fish-tailing and that flipped the back part of the train,” Clarke said. Another possibility was a defect in the rail, Clarke said, noting that regular testing doesn’t always catch such problems. He said speed was not a likely factor because trains on that line have systems that prevent excessive speeds and collisions. Matt Jones, a BNSF Railway spokesman said at a news conference that the track where the accident occurred was last inspected Thursday. Source 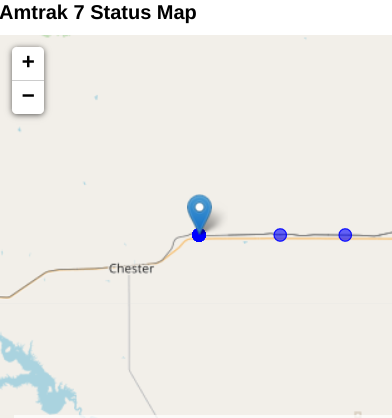 Amtrak train derails in Montana, leaving passengers 'trapped' inside
Emergency response crews are on the scene of an Amtrak train derailment in Havre, Montana, which has left several passengers temporarily stranded. Images from the scene, which were shared to social media, show train cars tipped over and dozens of people surrounding the aftermath. The derailment occurred on the Empire Builder line, which runs between Seattle and Chicago with a stop in Spokane. A local news director reported that passengers were "trapped" inside. Source 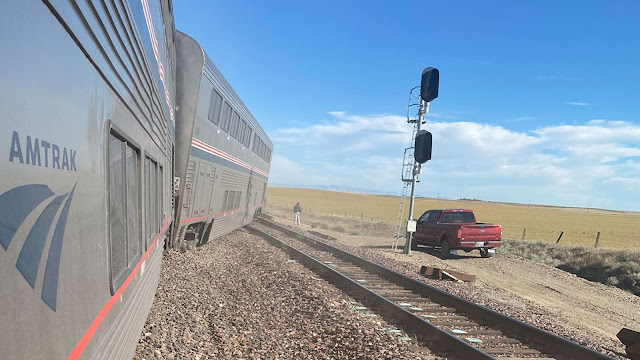 Amtrak train derails in Montana
An Amtrak passenger train derailed near Joplin, Montana, on Saturday, the company announced. There are at least three confirmed fatalities, according to the Liberty County Sheriff.   "At approximately 4 p.m. MT, Empire Builder train 7/27 derailed five cars near Joplin, MT. There are approximately 147 passengers and 13 crew members onboard, with injuries reported. Amtrak is working with the local authorities to transport injured passengers, and safely evacuate all other passengers," Amtrak said in a statement.  The Empire Builder operates between Chicago and Seattle. Source 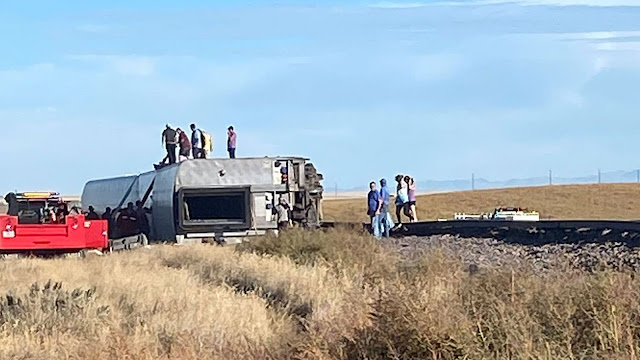 Amtrak Train From Chicago Derails En Route to Seattle
An Amtrak train that originated in Chicago derailed in north central Montana Saturday evening on the way its final destination in Seattle, according to the transit agency.  Five cars on Empire Builder Train 7/27 derailed at approximately 5 p.m., near the town of Joplin, an Amtrak spokesperson said. A total 147 passengers and 13 crew members were on board. Injuries were reported, but additional information about the number of those hurt and the severity of injuries wasn't immediately available.  Amtrak was working with local authorities to transport the injured and safely evacuate the remaining passengers, officials said.  Photos posted on social media showed multiple rail cars tipped over. Source 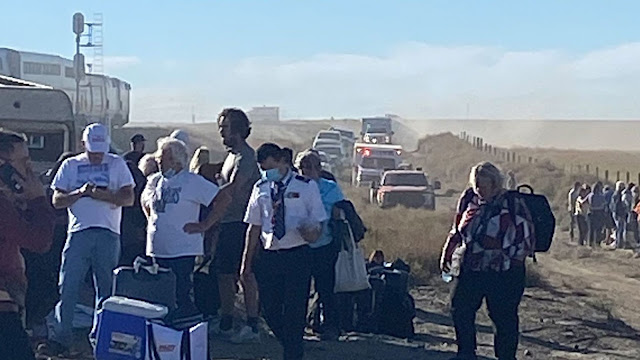