A Memphis police officer was shot and killed during a traffic stop in the Fox Meadows area of Memphis. Police tell FOX13, a call came in just before 9:20 pm requesting additional officers to the area of Cottonwood and Perkins. Police say the officer was conducting a traffic stop when he was shot by the occupant of the vehicle in that traffic stop. The officer was taken to Regional One and later died. Police have not released a description of the suspect who is still on the loose. Memphis Police Director Toney Armstrong held a news conference where he told the media the officer’s family had not been identified. So FOX13 is withholding the officer’s name until the family has been notified. Director Armstrong got emotional when he talked about officers being killed in the line of duty. “We’ve been here before. Sad to say, we’ve been here before. This is my third time in the four years I’ve been director. It doesn’t get any easier. This is not only a difficult time for me as a director, but for all the officers behind me and our city as well,” said Armstrong. Mayor A C Wharton was also at Saturday night’s news conference. He was asked about the number of guns on the streets of Memphis. “We won’t make any political statements here. But once again, this is evidence that there are so many guns on the streets in the wrong hands.” FOX READ MORE>>>>>>>

Another Muslim - this time the Muslim escaped. Now the killer could be an illegal migrant, or black. You know the usual suspects.....

A person of 'interest' has been taken into custody in connection with the fatal shooting of a police officer during a traffic stop in Memphis, police said Sunday. Memphis Police Department spokeswoman Karen Rudolph told The Associated Press that a person is in custody but that no charges have been filed in the killing of Officer Sean Bolton, 33. She said the investigation is ongoing but did not provide further details. Daily Mail Read More>>>>

If the suspect was white it would have been announced by now. So it looks like a Black Muslim. 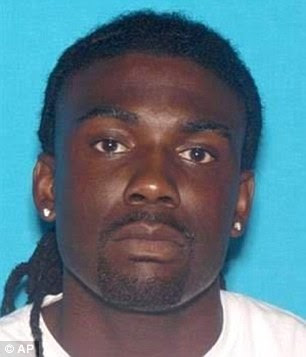 'You coward, you destroyed a family for less than two grams of marijuana': Police chief vents fury at suspect at center of manhunt for shooting dead Memphis cop during traffic stop

An intense manhunt is under way in Memphis for a man accused of killing a officer after he interrupted a drug deal involving a small amount of marijuana. Tremaine Wilbourn, 29, faces a first-degree murder charge in the death of Officer Sean Bolton, 33, on Saturday night, Memphis Police Director Toney Armstrong said at a news conference. Armstrong said Wilbourn was a passenger in a 2002 Mercedes Benz that was parked illegally in a southeast Memphis neighborhood on Saturday night. Armstrong said Bolton saw the car and shined his squad car's spotlight on the vehicle. Bolton then got out of his car and walked toward the Mercedes, Armstrong said. Wilbourn got out of the Mercedes, confronted Bolton, and they got into a physical struggle, according to Armstrong. The suspect then took out a gun and fired it, striking Bolton multiple times, Armstrong said. He was taken to Regional One Hospital in critical condition and later died. Wilbourn and the driver then ran away, Armstrong said. The driver later turned himself in to police and was initially described as a person of interest in the case. He was eventually released without being charged. DAILY MAIL READ MORE>>>>