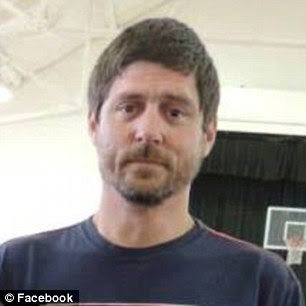 A 'violent and aggressive' Michigan man who fired a crossbow at a deputy and hit him in the side was shot and killed at his Cato Township home by a state trooper late on Friday night. A Montcalm County Sheriff's Department deputy and a Lakeview trooper were serving an arrest warrant when the man, 40, shot at the officers with a crossbow, according to Michigan State Police. After the deputy was hit by an arrow, the trooper shot at the man, striking him at least once. The man was pronounced dead at the scene and the deputy was airlifted to Spectrum Health Butterworth Hospital where he is now in stable condition, according to Fox 17 West Michigan. The dead man has not been identified by police, but neighbors said his name was Travis Quay. Daily Mail Read More>>>>>.