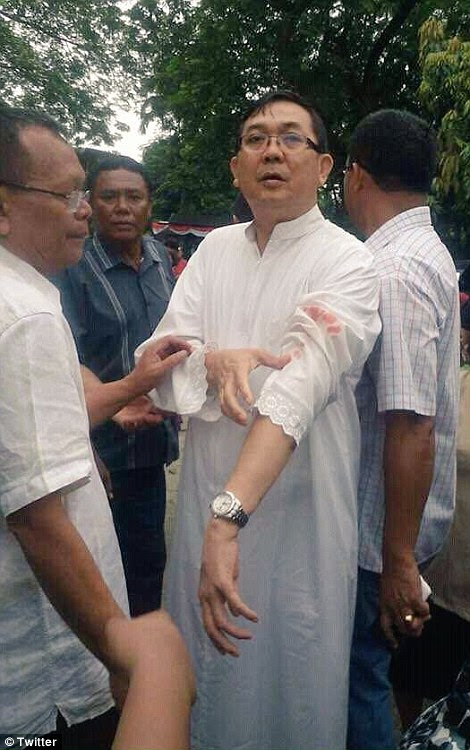 Pope Francis has yet to make mention of Fr. Albert Pandiangan

An ISIS suicide bomber today attacked a Catholic priest with an axe as he tried to blow up hundreds of worshippers at a church during Sunday Mass. Priest Albert Pandiangan, 60, was holding the holy ceremony at the altar when the 18-year-old fanatic rushed towards him with a backpack bomb and tried to blow himself up. But the bomb burned without setting off the explosives, so the jihadi pulled an axe from his bag and slashed the priest's arm at St Yoseph Church in Medan, the capital of North Sumatra in Indonesia. Daily Mail Read More>>>>>>>> 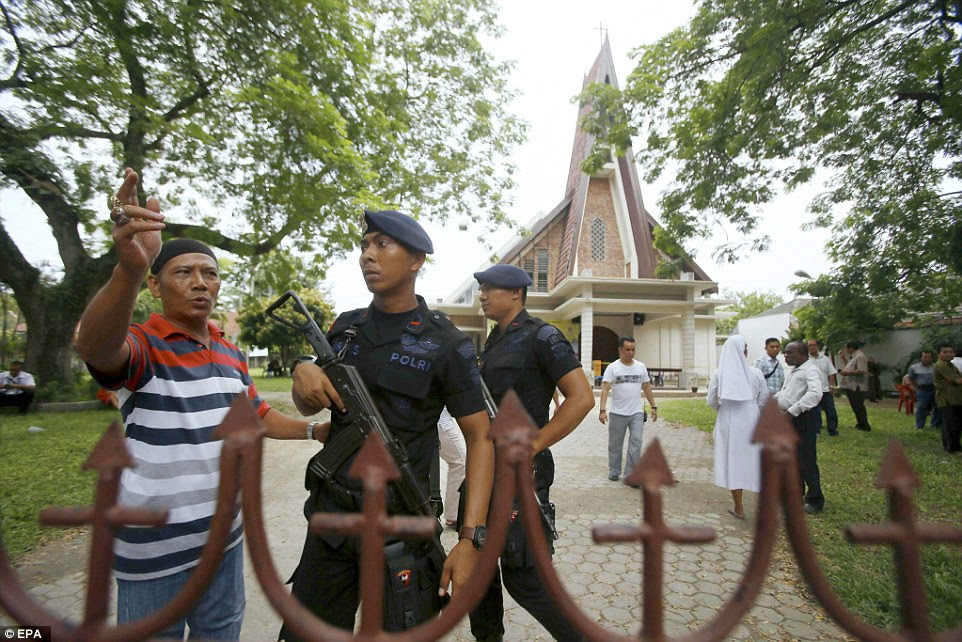