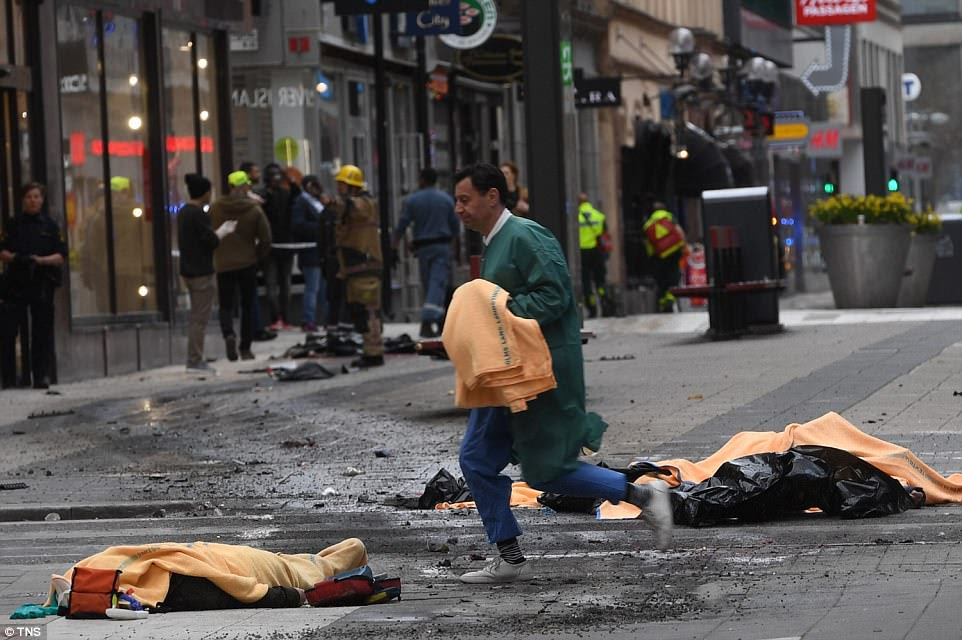 The 39-year-old Uzbek man who has been arrested over the Stockholm truck attack was known to the police and has ISIS propaganda on his laptop, it was revealed today. Police also confirmed a homemade bomb was found inside the truck and the man arrested is 'likely' to be the driver. The head of Sweden's domestic intelligence agency told a press conference today that the suspect had been on authorities' radar some time ago. Anders Thornberg, head of the Swedish Security Service, said: 'The suspect didn't appear in our recent files but he earlier has been in our files.' Daily Mail>>>>>