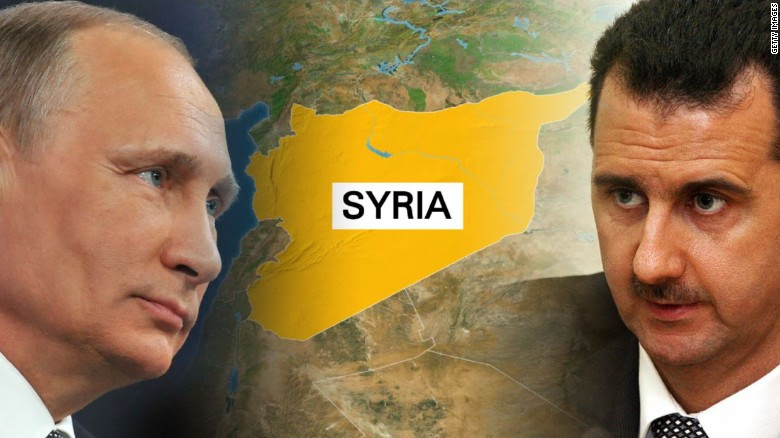 Today’s chemical attack in Syria against innocent people, including women and children, is reprehensible and cannot be ignored by the civilized world. These heinous actions by the Bashar al-Assad regime are a consequence of the past administration’s weakness and irresolution. President Obama said in 2012 that he would establish a “red line” against the use of chemical weapons and then did nothing. The United States stands with our allies across the globe to condemn this intolerable attack. Source 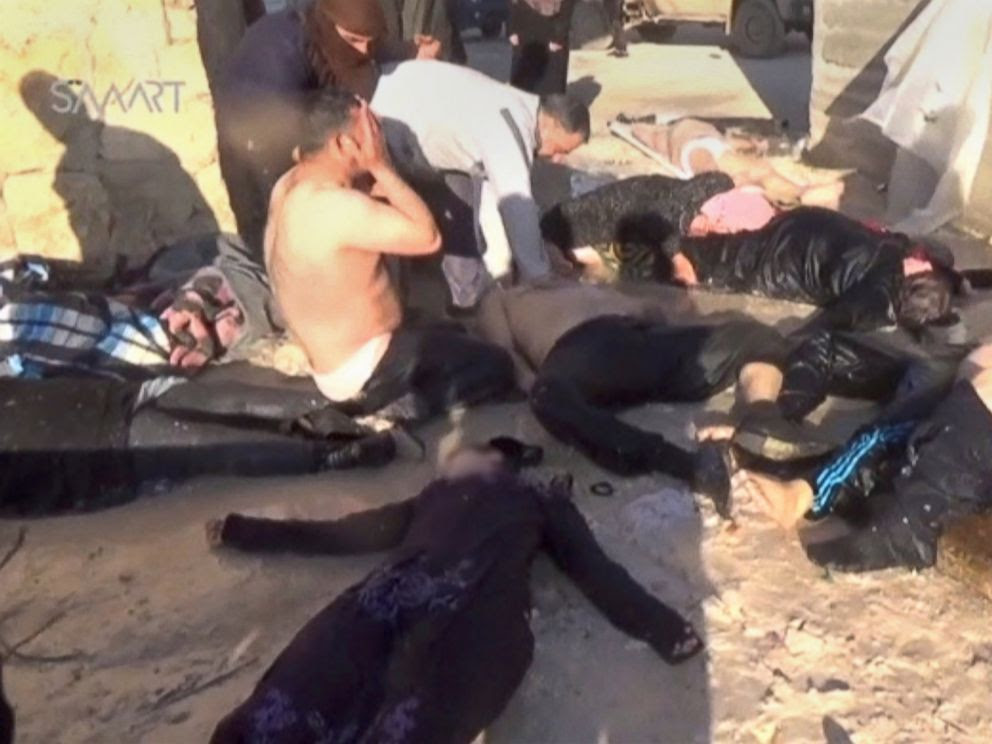 Evidence is mounting against Putin:


BEIRUT — Russian officials blamed Syrian rebels on Wednesday for a chemical attack which killed scores of people, many of them women and children, and has been widely attributed to the Syrian government. The Russian claim — strongly denied by a rebel commander — reflects attempts by Moscow to shield its Syrian government allies after global condemnation for the attack that left victims gasping for breath and foaming at the mouth. The World Health Organization said Wednesday that the symptoms bore all the hallmarks of a chemical attack, possibly a banned nerve agent. Syrian forces also have used chlorine-based weapons. Syrian rebel commander Hasan Haj Ali told the Reuters news agency that the Russian assertion was “a lie,” saying the rebels didn’t have the capabilities to produce chemical weapons and there were no military positions in the area bombed, either. WP>>>>>>>


MOSCOW/BEIRUT (Reuters) - Russia denied on Wednesday that Syrian President Bashar al-Assad was to blame for a poison gas attack and said it would continue to back him, setting the Kremlin on course for its biggest diplomatic collision yet with Donald Trump's White House. Western countries, including the United States, blamed Assad's armed forces for a chemical attack which choked scores of people to death in the town of Khan Sheikhoun in a rebel-held area of northern Syria on Tuesday. Washington said it believed the deaths were caused by sarin nerve gas dropped by Syrian aircraft. But Moscow offered an alternative explanation that would shield Assad: that the poison gas belonged to rebels and had leaked from an insurgent weapons depot hit by Syrian bombs. The United States, Britain and France have proposed a draft U.N. Security Council resolution that would pin the blame on Damascus. Kremlin spokesman Dmitry Peskov said Russia would argue its case blaming the rebels at the United Nations. "Russia and its armed forces will continue their operations to support the anti-terrorist operations of Syria's armed forces to free the country," Peskov told reporters. Source