Q Mr. President, two questions. Do you think Assad should leave power? And will you discuss the Syria --

Q Have you talked to Putin about this? Will you talk to the Russian president about what happened?

Q Just to follow on that, though, do you think that Assad should leave power in Syria?

THE PRESIDENT: I think what happened in Syria is a disgrace to humanity. And he’s there, and I guess he’s running things, so something should happen.

Thanks, folks, I’ll see you in a little while. 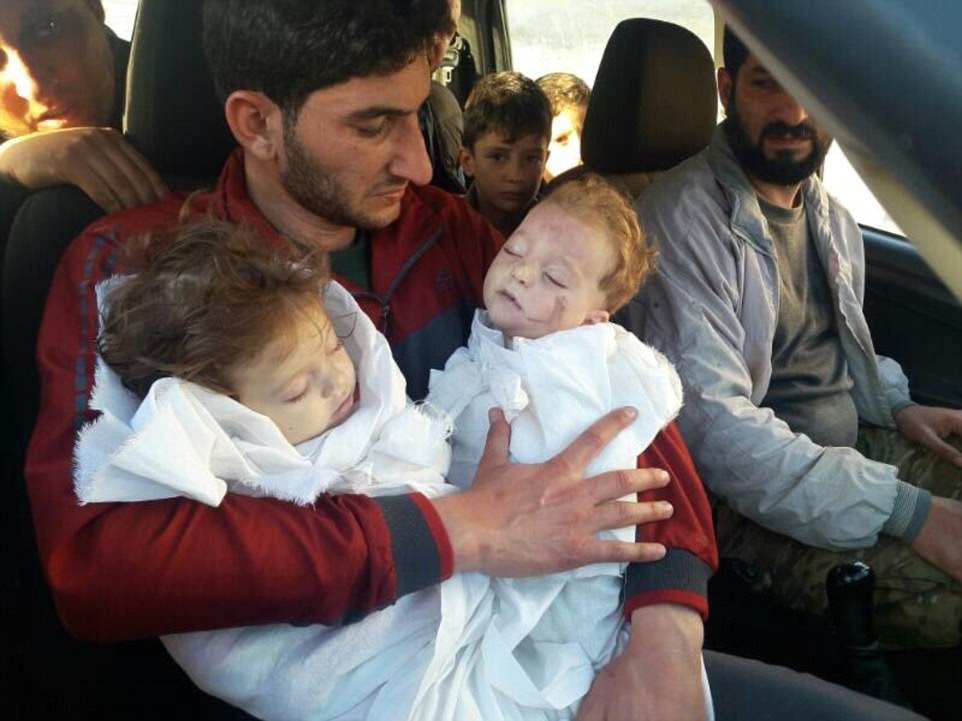