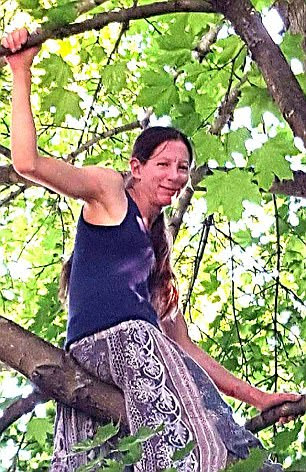 A woman has been killed in a hunting accident on the first day of deer season in Maine. Karen Wrentzel, 34, was shot dead around 10.30am on Saturday morning in a heavily wooded area near Hebron, Maine, in the first hunting fatality the state has seen in four years. Family members said that Wrentzel was on her own property digging for rocks and gems when the incident occurred. Investigators say a 38-year-old man who was out hunting with his father fired the fatal shot. The shooter's name has not been released. Someone from the hunter's party called 911 after they realized what had happened, according to a spokesman for the Maine Department of Inland Fisheries & Wildlife. Wrentzel and the hunters did not know each other, spokesman John MacDonald told WGME. MacDonald said the incident took place about 200 to 300 yards off Greenwood Mountain Road in a wooded area. A police investigation is ongoing. A family member said there were no trespassing warnings on the property, and that Wrentzel wasn't wearing blaze orange for safety.  Source