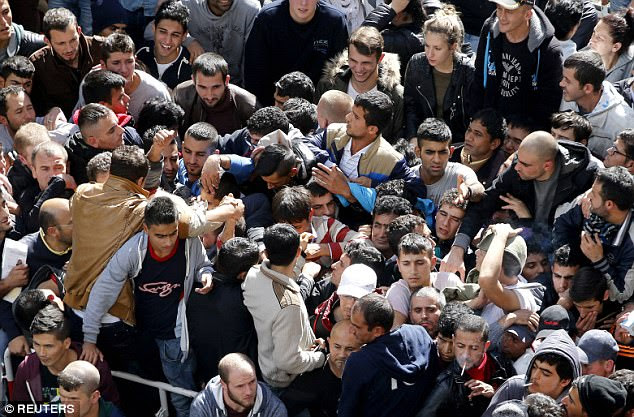 German city BANS any more refugees as violence by asylum seekers and right-wing extremists escalates New refugees are being turned away from a city in Germany, amid fears over rising violence between migrants and right-wing extremists. Officials in Cottbus, which lies 120km southeast of Berlin, issued the temporary ban after two male Syrian teenagers were arrested on suspicion of injuring a German teenager in the face with a knife. Just days earlier, a 15-year-old Syrian asylum seeker and his father were ordered to leave the city, after he was allegedly involved in an assault, alongside two other Syrian youths aged 14 and 17. Source