VIDEO: BLACK Robber Tries To Shoot And Pray His Way Out Of Store After Staff Locks Him Inside 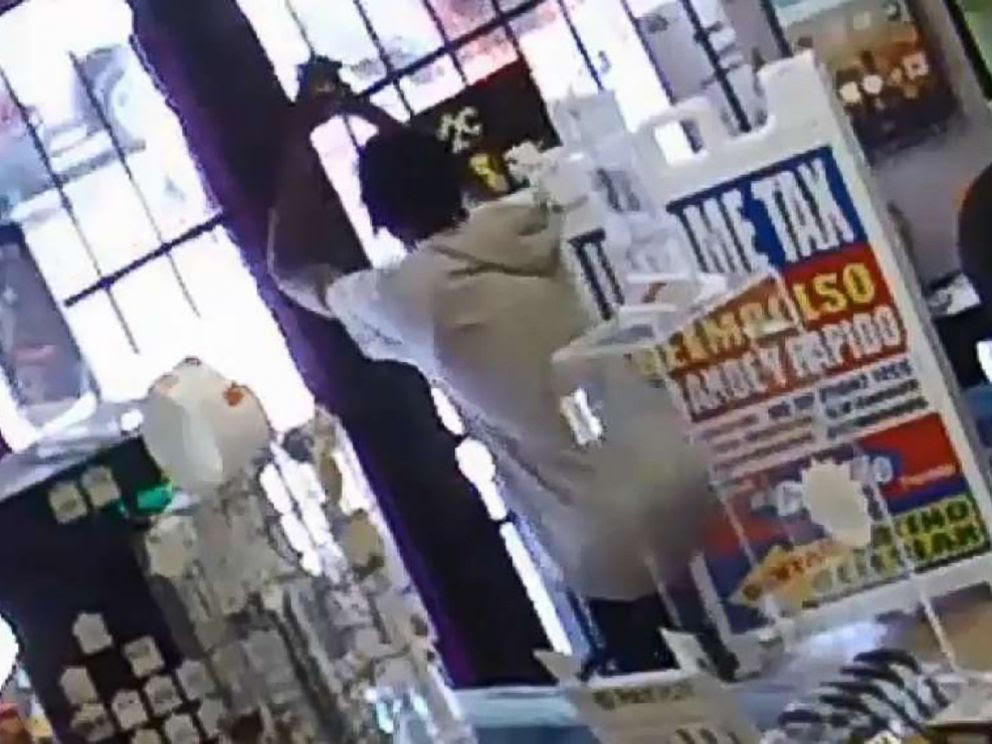 Robber tries to shoot and pray his way out of store after staff locks him inside: Video

A would-be thief in Houston who was locked inside a cellphone store by an employee tried to escape by shooting the locks, and when that failed, fell to his knees to pray, according to a video recently released by police. John Bell tried to rob Latino Cellular, but an employee at the store refused to open the register and walked out along with the customers — and then locked the door, trapping Bell inside, the video shows. Store employee Katrina Leon kept a cool head when Bell ordered her to open the cash register and calmly told him, "No," the video shows. “As soon as he entered and he just pointed the gun at at me, and I knew instantly I’m getting robbed again, but this time I didn’t open the cash register,” Leon told ABC News. “ I just locked him in, because when you lock the door outside, from the inside you can’t open it, so I knew he wasn’t going to be able to open it.” Source