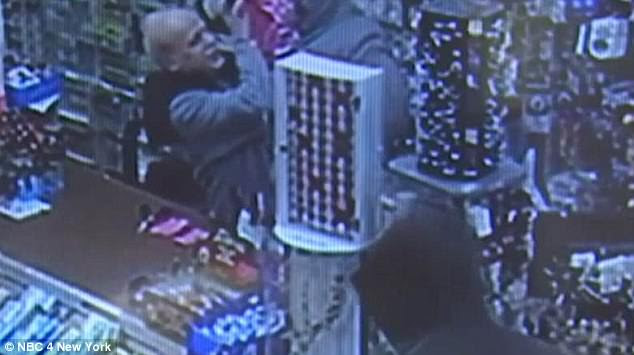 A store clerk in New Jersey ended up being beaten by two gun-wielding robbers. Syed Ashraf was working behind the counter a his store in Edison when the masked men ran inside brandishing pistols. His co-worker then attempted to intervene and fought back with a chair which he used to hit one of the thugs over the head. Source