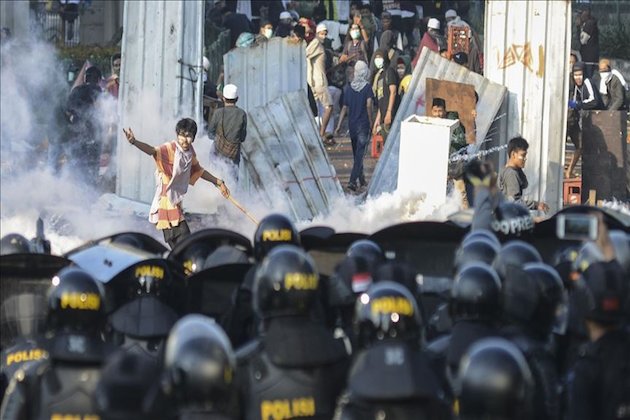 JAKARTA, Indonesia - Six people lost their lives while more than 200 suffered injuries after mobs clashed with security forces and set fire to a police dormitory and vehicles in the Indonesian capital following the release of official election results a day earlier, authorities said on Wednesday. "Six people have died so far. Two at Tarakan Hospital and then at Pelni, Budi Kemulyaan, Cipto Mangunkusumo and RSAL Mintoharjo hospitals," The Jakarta Post quoted Jakarta's Governor Anies Baswedan as saying. "In total, six people have died and 200 sustained injuries as of 9:00am," he added. Protests by supporters of losing presidential candidate Prabowo Subianto turned violent late on Tuesday and continued through the night. Baswedan said he had gone to Tarakan Hospital in Central Jakarta earlier in the morning to check on the injured protesters. Source