Why would the media use such intolerant language?

Maybe to cover up for the fact the 'Mexican' CONVERTED to ISLAM....

The Mexican father of alleged Colorado school shooter Alec McKinney, 16, was jailed for domestic violence and deported TWICE, with his son posting how he missed him just days before the atrocity

The father of one of the alleged STEM School Highlands Ranch shooters in Colorado is a serial felon and illegal immigrant from Mexico, DailyMail.com can reveal. Jose Evis Quintana, the father of alleged 16-year-old killer Alec McKinney was once jailed for 15 months for domestic violence against Alec's mother and 'menacing with a weapon'. McKinney has been charged alongside his friend Devon Erickson of killing one student and injuring eight others at the school close Denver, Colorado. Records show Quintana, 33, who was also deported twice, had a string of arrests in the Colorado dating back from 2008 to 2017. Court papers show that despite Quintana terrorizing Alec's mother Morgan Lynn McKinney, 32, he managed to convince her to marry him in 2009, a year before he was first deported. Quintana, 33, who admitted to having a history of drink and drug problems, was sent back to his native Mexico on December 9, 2010. Alec, 16, had posted a message on social media about missing his father, just 11 days before the Tuesday May 7 shooting which saw McKinney and friend Devon Erickson, 18, allegedly kill one student and injure eight others. Source

NIRVANA: The Islamic transgender offspring of an illegal alien... 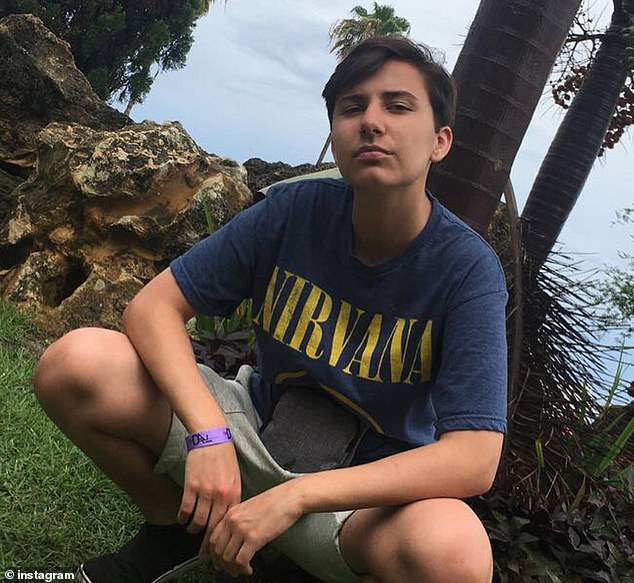