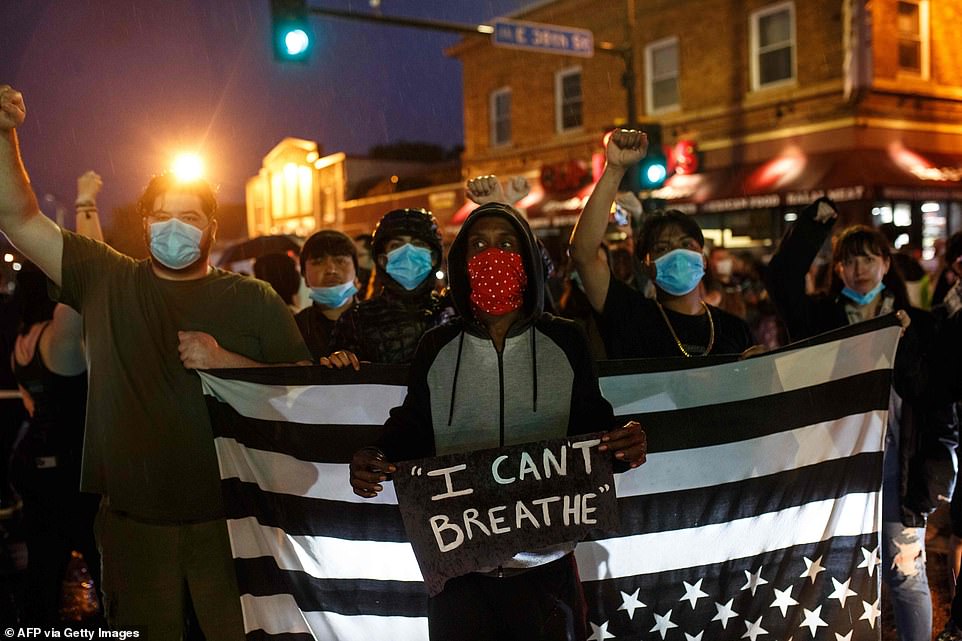 Minneapolis cops in riot gear have fired rubber bullets at thousands of defiant protesters who took to the streets to demand justice for George Floyd, the black man who died after a white officer was filmed kneeling on his neck during his arrest. Demonstrators carrying placards reading 'I can't breathe' and 'Justice 4 Floyd' surrounded a police precinct Tuesday night after the disturbing video of 46-year-old Floyd begging the cop to stop before falling unconscious was shared online. Four members of the Minneapolis Police Department who were involved in Monday's incident have now been fired, and the FBI and state law enforcement authorities have launched an investigation into the man's death. The victim's heartbroken family have called for the cops to be charged with murder and their lawyer revealed white cop Derek Chauvin knelt on Floyd's neck for a staggering eight minutes during the arrest for forgery. Source