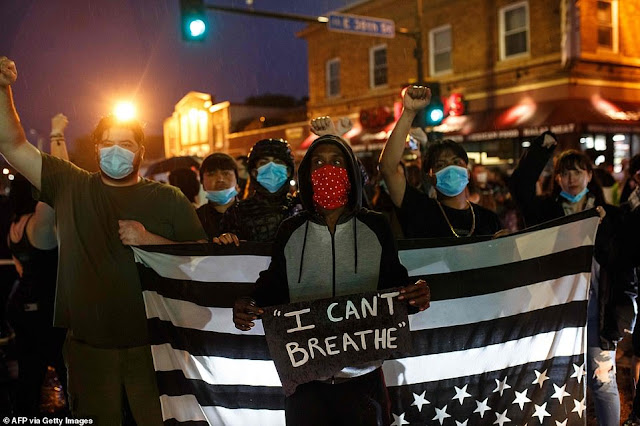 Mayor Jacob Frey, City Council Vice President Andrea Jenkins, Minneapolis Police Chief Medaria Arradondo and Fire Chief John Fruetel provided an update on the City’s response to fires and damage from last night’s protests at a press conference earlier today.
While acknowledging the tremendous pain and trauma in Minneapolis, City leaders condemned the violence and widespread damage that has occurred in the city following the protests sparked by the death of George Floyd while in the custody of Minneapolis Police in south Minneapolis on May 25.
Gov. Tim Walz has also activated the Minnesota National Guard to help protect Minnesotans’ safety and maintain peace in the wake of Floyd’s death. Frey has also issued a new declaration of local emergency.
“We need to offer radical love and compassion that we all have in us,” Frey said. “I believe in this city and I know that you do to.”
Jenkins called for peace and calm in our streets. “As we stand here grieving, yet another loss of black life, I am asking my colleagues, the mayor, and anyone else who is concerned about the state of affairs in our community, to declare a state of emergency declaring racism as a public health issue.”
The City encourages everyone to exercise caution to stay safe while participating in demonstrations, including wearing masks and physical distancing as much as possible to prevent the spread of COVID-19. The City has made hundreds of masks available to protesters this week.  Source