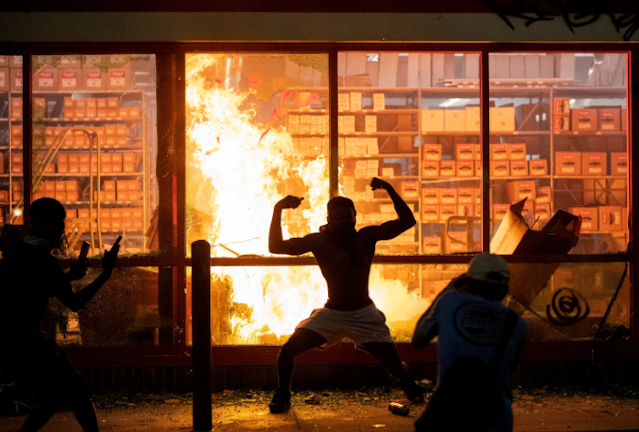 A suspected looter has been shot dead outside a pawn shop after protests over the death of George Floyd descended into chaos Wednesday night and rioters vandalized stores across the city. Minneapolis Department Police Chief John Elder confirmed in a midnight press conference that one person was shot and killed and that another person was being held in custody. Elder said officers had responded to reports of a possible stabbing at around 9.25pm between Bloomington and Lake Street. The body of a man - who medics later confirmed had been shot - was found lying on the sidewalk outside the Cadillac Pawn shop by police officers who performed CPR on him.  Source