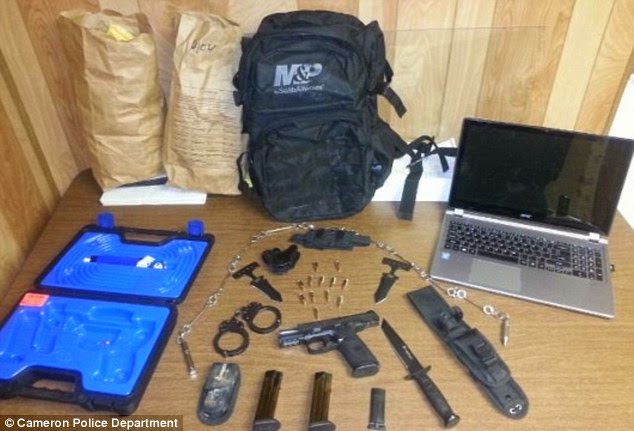 A 23-year-old man who disappeared with a teenage girl was later discovered to have been carrying a gun, knives, handcuffs and chains. Nicholas Vega, 23, allegedly lured 15-year-old Emily Lindsey away from her home in Pearland, Texas on Thursday night. The pair had met at a self-defense class and became sparring partners. An Amber Alert was raised as soon as Miss Lindsey's parents realized that she was missing. Daily Mail Read More>>>>>
at March 16, 2015