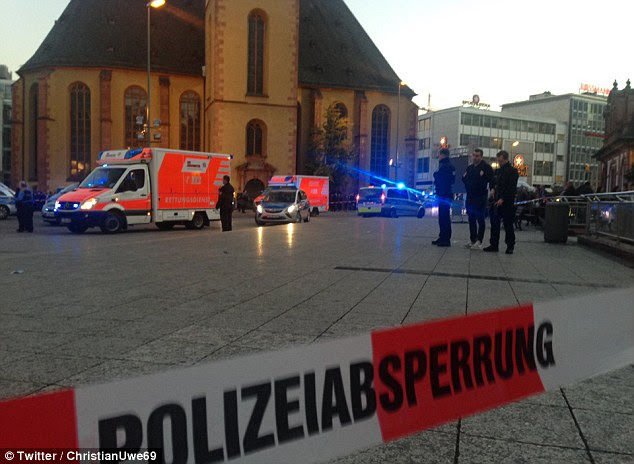 Another Muslim refugee invited to live in Germany by Merkel goes on a stabbing rampage. The Daily Mail article refuses t use the words Muslim or Islam, so the attacker must be a Muslim:

A knifeman is on the run after he stabbed four people in Frankfurt train station.

The attack this afternoon occurred at Hauptwache station and there police have said there are four victims. At this stage the motive for the stabbings is not clear. The local police force confirmed the attack by Tweeting: 'There was a knife assault at the #Hauptwache in #Frankfurt. 'That's why so many colleagues [police officers] and rescue workers there.' Frankfurt Police confirmed all four victims were still in hospital. A video of the bloody aftermath was captured on what is understood to be level B of the station. The incident was at 5.30pm local time, according to Hessenschau, who report the stabbings came after a group were quarreling. A dispute had started on one platform and spilled over onto another one. There was more bloodshed in a separate incident at the station, understood to be on a passenger train between Hauptwache and Taunusanlage. A dispute between two passengers broke out into a fight, according to Hessenschau, which led to glass being broken and people suffering cuts. It is not known whether the two incidents are linked. Daily Mail Read More>>>>>> 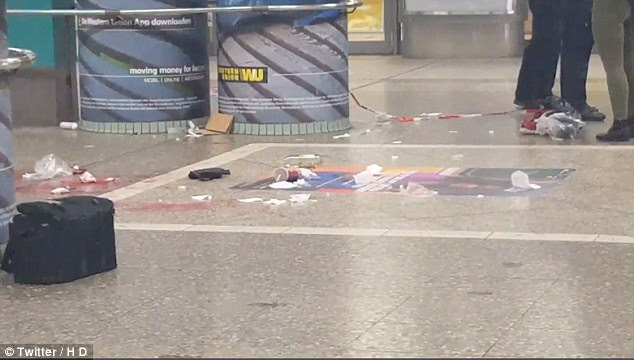 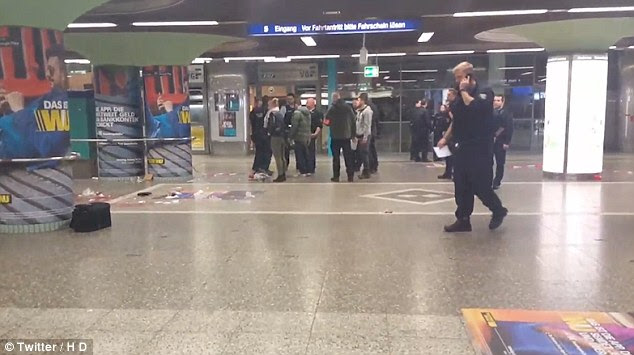