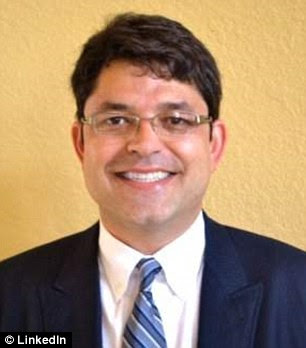 Nine people were shot and wounded, one critically, by a disgruntled Houston lawyer who was wearing a Nazi uniform during the rampage, sources have said. Nathan DeSai was killed by police after he opened fire in a strip mall, striking innocent bystanders at 6.30am on Monday. When officers arrived, the 46-year-old attorney fired at them until he was gunned down, police Chief Martha Montalvo said. The FBI is helping the Houston Police Department establish a motive for the shooting. But the bureau has said there was no immediate indication of any involvement with terrorist groups. During the shooting, DeSai was wearing an antique Nazi uniform with Swastikas on it, according to the station Authorities said the man had two legal guns, a .45-caliber semi-automatic handgun and a tommy gun, as well more than 2,500 rounds of live ammunition at the scene. Police found 75 spent rounds at the scene, which included bullets fired by officers and the suspect, KPRC2 reports. Daily Mail Read More>>>>>>